Brantley lose during AHSAA 1A semifinals 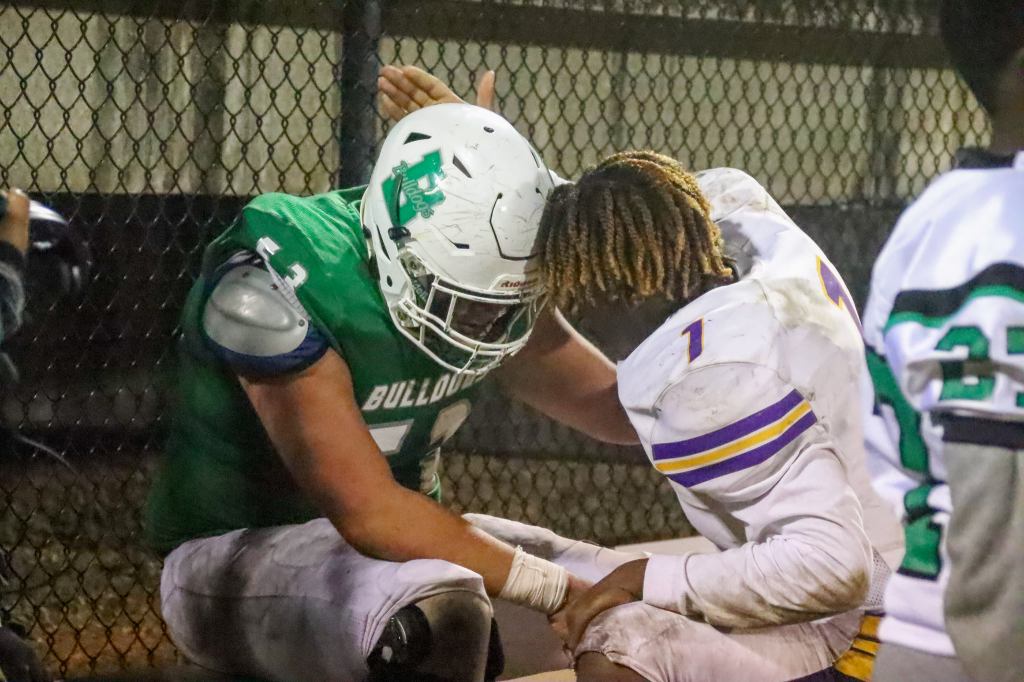 The Brantley Bulldogs lost to the Sweet Water Bulldogs 18-21 during the semifinal matchup of the AHSAA Class 1A playoffs.

Sweet was the first to score following a five-yard run in the first quarter.

After getting possession of the ball, Brantley made it a one-point game after a 12-yard run by Tucker Kilcrease.

Sweet Water extended their lead before the end of the first quarter following a six-yard touchdown pass.

A one-yard run by Kedrick Brown in the second quarter made it a two-point game.

After the touchdown, Brantley attempted a two-point conversion to make it a tied game at halftime, but they were unsuccessful.

By the fourth quarter Sweet Water was trailing Brantley 14-18. However, Sweet Water managed to steal the lead and the win after a three yard run.

Brantley ended the game with 208 total yards with 99 rushing and 109 passing.

The Brantley Bulldogs end their season with a 12-1 record.

Bulldogs head coach Roland Jones says he is proud of the team’s performance this season.

“I thought we had a great year the kids fought to the very end,” Jones said. “ We played very hard and left everything on the field. That is all you can ask is to have no regrets. After losing so many seniors last year I was very pleased by the work ethos of this group to get back to the semi-finals.”