Crenshaw County Schools and Luverne law enforcement are investigating an altercation which took place at Luverne School during a Jan. 13 basketball match with Highland Home School.

Johnson said the altercation began between juveniles and expanded to involve a good number of adults as well.

Representatives from Luverne and Highland Home schools declined to comment.

“It was an unfortunate incident,” Hawthorne said. “Our top priority is always the safety and security of our students, faculty, and fans. Moving forward, we are going to take the necessary steps to ensure that something like this doesn’t happen in the future. I’m very thankful for the help of the Luverne Police Department.”

Officials are still unsure what caused the conflict and law enforcement continues to investigate, Johnson said.

“We interviewed every day last week and again this morning,” Johnson said. “We may never know for sure, but we need to figure it out and try to fix it because it could have gotten a whole lot worse.

Johnson said no major injuries resulted from the altercation. A rematch of the game included only players and coaches, but no fans, he confirmed.

“I went well, without any incident,” Johnson said.

Hawthorne explained the system will work to increase law enforcement presence at events and requests the help of community adults to ensure incidents like this one do not continue.

“First and foremost is having an increased presence of law enforcement,” Hawthorne said. “Other than that, we will continue to reinforce the expectations of student behavior at athletic events. But we also need help from the adults in our community to work with us so that incidents like this don’t happen again.”

Luverne police officers, at least one or two, are present at every sporting event, Johnson said, and the department can increase the number if needed.

“We can put three or four, but we don’t want it to look like it’s not a friendly environment,” Johnson said. “But we also don’t want this to happen again. We take the safety of kids, parents, faculty, officers, and everyone involved very seriously.” 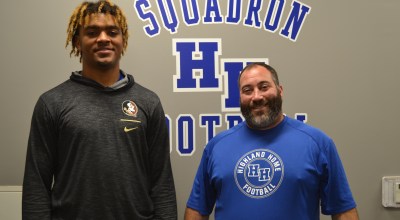