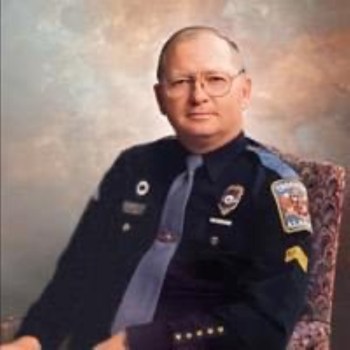 William Andrew “W.A.” Neal worked as an Alabama State Trooper for 25 years. Many Crenshaw County residents received their first speeding ticket from Neal, because he genuinely cared about their safety. 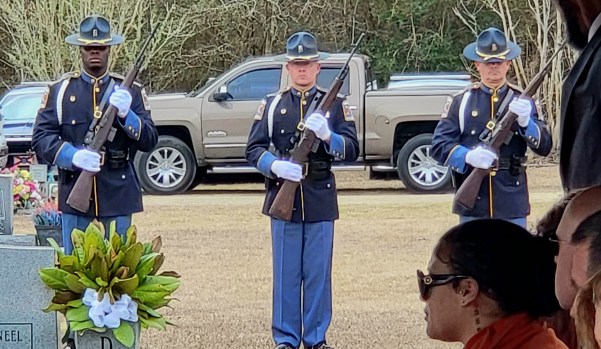 Jason McManigle presented W.A. Neal’s family with the helmet he wore as Assistant Chief of the Luverne Fire Department. 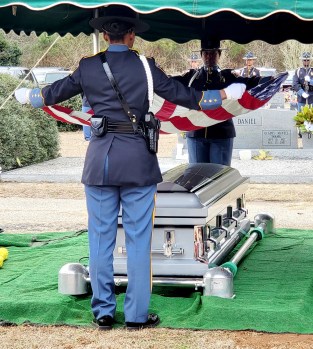 The Alabama Law Enforcement Agency Honor Guard folded the American flag for presentation to W.A. Neal’s family at the funeral on Friday. 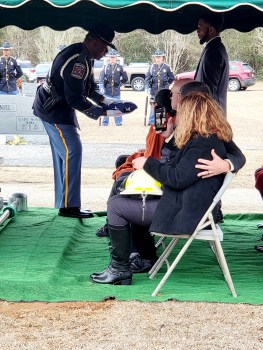 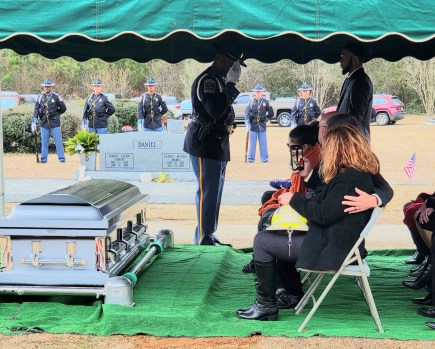 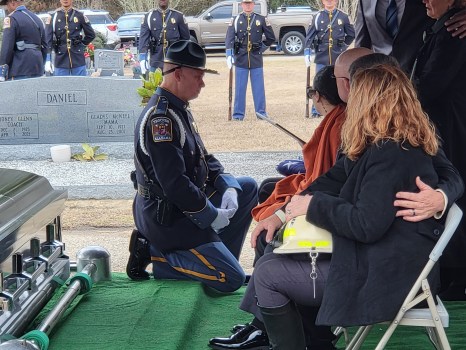 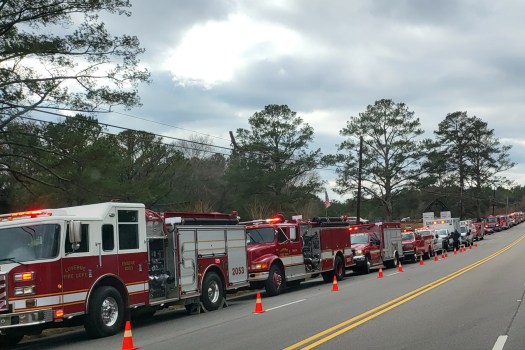 First responders from around Crenshaw County and the surrounding areas escorted W.A. Neal’s body to the funeral on Friday. 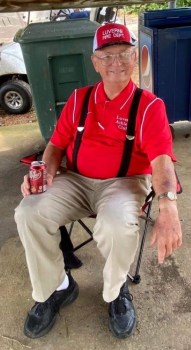 W.A. Neal was an active member of South Luverne Baptist Church, where members counted on him to ensure everything ran smoothly for outreach events.

Luverne resident William Andrew “W.A.” Neal, 72, died peacefully on Jan. 9 at Baptist Medical Center South. He is mourned by family and friends throughout  Crenshaw County and beyond, many who say he lived a life of service and left behind big shoes to fill.

He went by W.A., but many called him “Trooper Neal.” His life started out tough, but he lived making sure he took every opportunity to create a meaningful and lasting legacy.

“I’ve known W.A. Neal since he was writing me tickets as a teenager,” said Crenshaw County Emergency Management Agency Director Elliott Jones. “He said what he thought, but he was probably one of the best men I’ve ever known in my life.”

Neal, a fixture in his community, served as an Alabama State Trooper for 25 years. As an officer, Neal took his job seriously and set about to make his home county a better place for all citizens.

“W.A. Neal was one of the most misunderstood persons I’ve ever known,” Jones said. “He got up every morning thinking about his responsibilities and what he could do for his community, and he went to bed the same way. He thought of his family, his church, and his community. It’s going to take 10 men to fill his shoes and do all the things he did.”

After retirement, Neal worked with the Luverne Police Department and as the Luverne Building Inspector.

“He did stuff that people didn’t even know happened,” said Crenshaw County Coroner Stae Sanders. “He was that guy. He was that guy with the athletic club at school and with his church. He did the daily tasks that nobody even knew needed to happen.”

For 50 years, Neal served with the Luverne Volunteer Fire Department, taking great pride in his role of helping people through some of life’s most difficult moments.

“He was Assistant Fire Chief there for a while, and he was kind of obsessed with making sure our flashlights had batteries and that our coats fit,” Sanders said. “He had a passion for us being safe. He wanted to know that whatever the situation, we were ready. He had to know we would be safe, and he would bother us about being safe and not driving too fast, but it was because he loved us.”

“W.A. loved the community,” said Highland Home Volunteer Fire Department Assistant Chief Stephen Wilson. “He proved he was an invaluable asset to the fire service in Crenshaw County. He was the first county fire association president I knew, and he built a foundation for the rest of us. Because of him, the fire service in Crenshaw County, as a whole, is in a much better place today. He was very passionate about the fire association and making sure it was a good organization.”

Neal gave his time and energy to the Luverne High School Quarterback Club throughout his lifetime and worshiped at South Luverne Baptist Church, where they depended on him to make sure everything ran smoothly with outreach events.

To honor his dedication, first responders escorted Neal after death, from the hospital back to Luverne and to the funeral where the Luverne Volunteer Fire Department and the Alabama State Trooper Honor Guard served as pallbearers.

Jason McManigle served with Neal in the Luverne VFD. During the funeral, he described Neal’s life with a simple word — dedicated. Dedication was the hallmark of his life and will live on as his legacy to Crenshaw County.