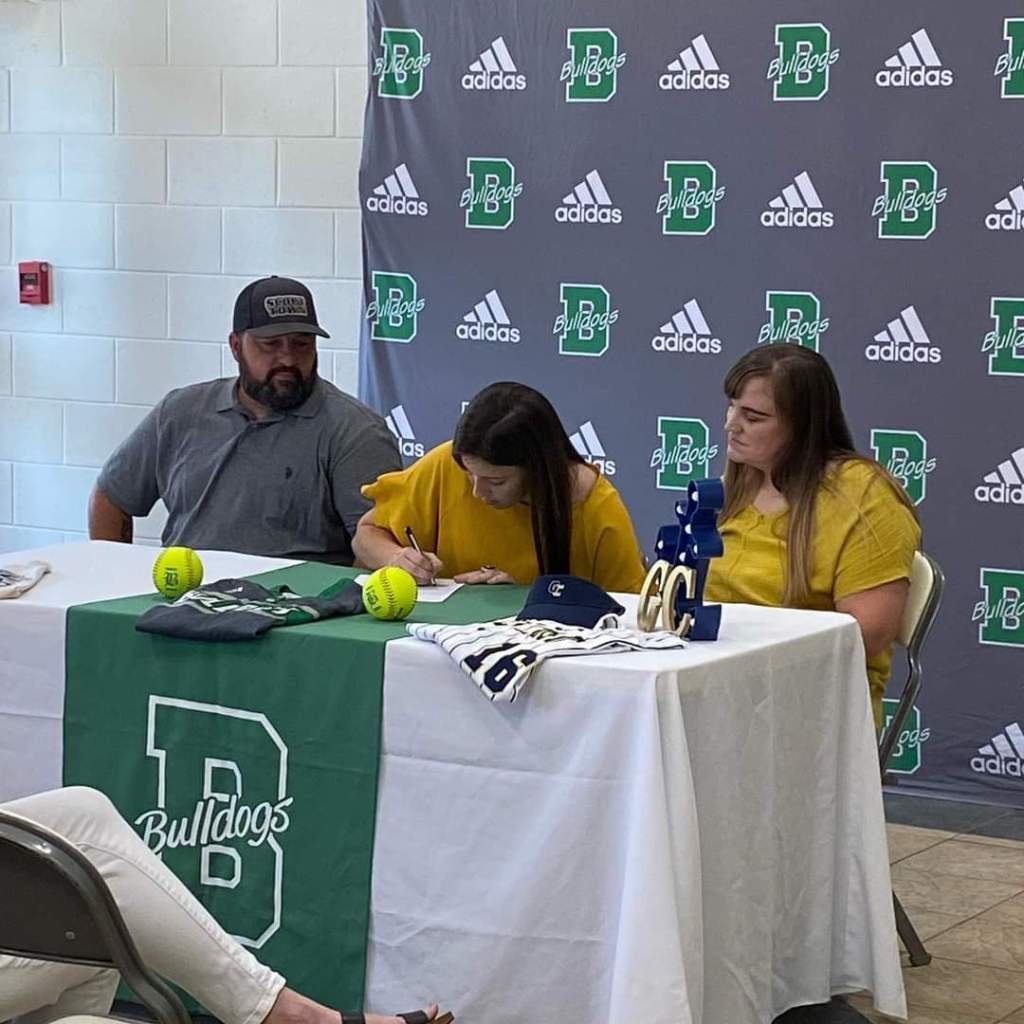 Navarre said she will always recall the massive amount of support she had while making her decision.

“No. 1, the Lord led me in the right direction,” Navarre said. “No. 2, my Brantley family did so much to help me make the right choice. I had so much support while trying to make my decision. Their help and the campus and coaching staff at Gulf Coast State really influenced my choice.  Sports management means so much to me and I can’t wait to start my studies.” 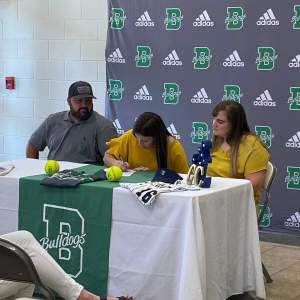 Navarre began playing varsity softball when she was in seventh grade. She was a member of the 2018 state championship team and was the 2021 Class 1A pitcher of the year.

During the 2021 state tournament, she earned MVP honors. Navarre was selected first-team all-state in 2021 and 2022, and represented the South during the AHSAA North-South All-Star Softball game this past summer.

“When she’s in the circle, she leads by example,” Hawthorne said. “Kaylee has matured a lot since joining the varsity team when she was in seventh grade. She has certainly become a leader. Kaylee works hard on and off the field and works on developing her craft as a great pitcher 12 months out of the year. She is very deserving, and her hard work has paid off.”

Elizabeth Navarre, Kaylee’s mother, said Kaylee has always fought hard for what she wants out of life.

“I am so proud and excited for her,” Elizabeth said. Kaylee told us she wanted to be a pitcher when she was eight and at 9 we started her in pitching lessons. She’s the happiest when she’s on the softball field, not just on the mound, and she always does her best no matter what else she may be dealing with outside of the game. Once she sets her sights on something, she goes for it, fights hard and works hard, and does not stop until she has achieved her goal.”