Voters in the Springhill Community cast their votes at Liller’s Store in a steady stream until the polls closed at 7 p.m. 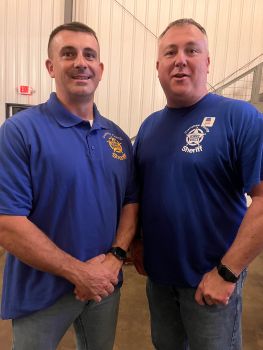 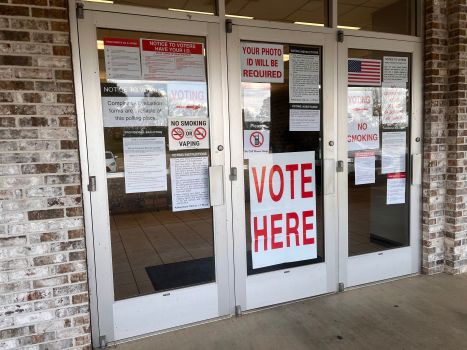 Some Crenshaw County voters cast their vote at the Tom Harbin Ag Center in Luverne. Voters there experienced no lines or waiting throughout most of the day. 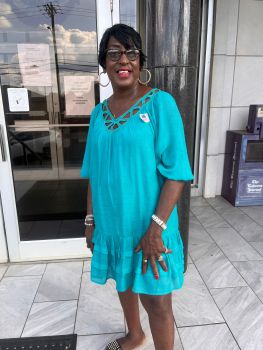 Luverne resident Johnnie Pearl Wood cast her vote at the Crenshaw County Courthouse and then waited outside to distribute ballots and explain how the process worked.

Crenshaw County voters turned out to vote Tuesday in a steady stream which resulted in the reelection of several incumbents.

“I think Republicans are showing how they feel about not only this county, but this country,” Mears said.

“The good people of this county have supported me,” he said. “I rely on them to help us fight crime. Nobody knows this place better than the people who live here.”

White ran for Sheriff to bring support, training, and school safety to the department.

“My biggest fear [for the election] is that everyone will vote a straight Republican ticket and not vote for me as an Independent,” White said, as he awaited election results. “But if everybody chooses a better County and moving forward, they will vote for me.”

“I was raised to help people,” Sanders said. “I enjoy helping folks, even in bad times.”

In the statewide elections, voters elected to ratify the Constitution of 2022 and approved all statewide amendments.

Republican Katie Britt defeated Democrat Will Boyd and Libertarian John Sophocleus for the U.S. Senate seat to become the first woman in Alabama to be elected Senator.

“Congratulations to Governor Kay Ivey, Senator-elect Katie Britt and the rest of the Alabama Republicans that succeeded in keeping Alabama red this year,” said Republican National Committee Spokeswoman Savannah Viar. This ticket ensures strong leadership for the future of the Yellowhammer State. Alabamians won’t stand idly by and let the left’s radical agenda continue. Together, they will work to get this country back on track.”