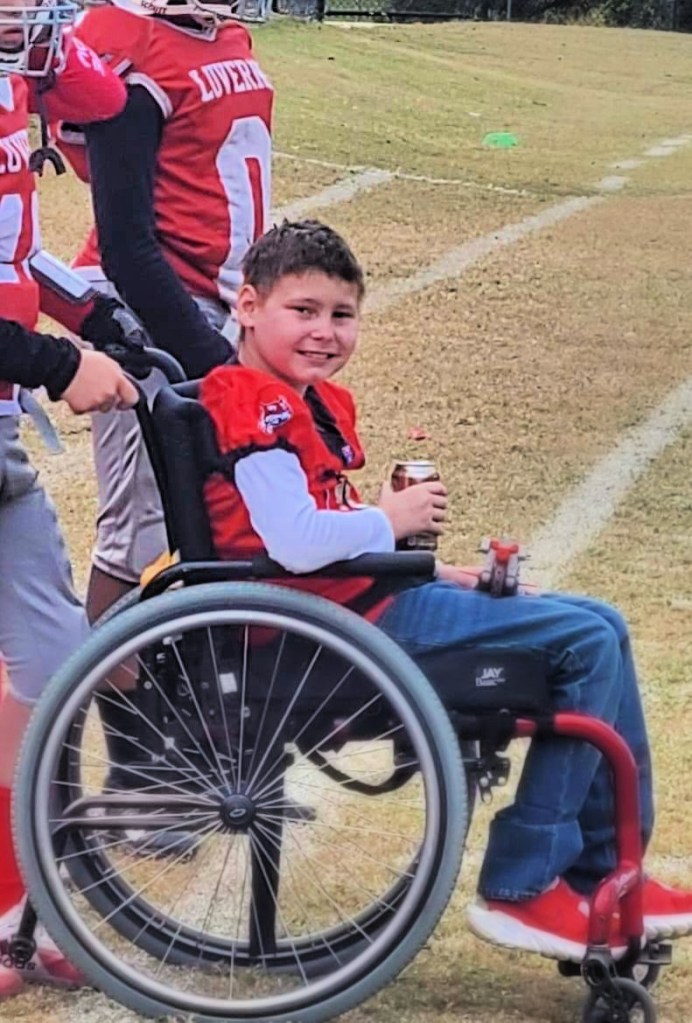 Correy Bozeman was diagnosed with undifferentiated round-cell solid spinal tumors in September 2020. Due to the amount of radiation Correy has received, he is experiencing symptoms of Radiation Necrosis along with many side effects from chemo. These symptoms combined with his tumors have caused him to have difficulty walking and standing.

A co-ed softball tournament benefiting 10-year-old Correy Bozeman will be held Saturday at Turner Park, with the first game starting at 8 a.m.

Correy Bozeman, son of Matthew and Meredith Bozeman, of Brantley, was diagnosed with undifferentiated round-cell solid spinal tumors in September 2020. Correy’s case has been reviewed by top cancer specialists, but the exact type of cancer is still unknown.

The tournament is being organized by Brandy McCleod Mount, mother of Correy’s best friend, Jax. According to Mount, the precious friendship and unique bond between Correy and Jax began many years ago when the kids began playing on the same football and baseball teams.

Mount said that God placed it on her heart to organize something where she and the entire community could help Correy and his family. In the beginning, she was doubtful and unsure. However, when Correy was granted to choose one person to help him throughout the school day, he chose Jax and that provided the confirmation Mount needed to begin organizing some kind of event.

“ It was at that moment I knew that God would lead the way and provide everything needed to have a benefit for Correy, and He has done just that,” Mount said. “The abundance of love, support, and ideas has simply been amazing. So far, we will have upwards of 10 teams playing, coming from as far as Mobile. I never imagined we would have that many. Local churches and businesses and individuals have all reached out wanting to make donations and help.

“I know this is going to be a great day and it’s all going to work out because God is in control of this. and He has been in control of this from the very beginning. I pray for beautiful weather and a fabulous turnout. But most importantly, I want us as a community to continually pray for Correy’s healing and for guidance for his family in the days and months ahead.”

There will be an entry fee of $5.00 for anyone over 5 years of age, with no additional team entry fees. Concessions will be available and cash donations will be accepted at the gate.

Due to the amount of radiation Correy has received, he is experiencing symptoms of Radiation Necrosis along with many side effects from chemo. These symptoms, combined with his tumors, have caused him to have difficulty walking and standing.

Up until recently, Correy was receiving chemo every two weeks in Birmingham and taking a daily treatment medicine through a clinical trial that required traveling to North Carolina every three months.

During his most recent scans on Sept. 19, the clinical trial team in North Carolina discovered new tumors that were not present on August scans. Because of this relapse and disease progression, Correy was released from the clinical trial.

Donations can be made via Venmo to Brandy-Mount-4 or through PayPal by using brandy.mount16@gmail.com .