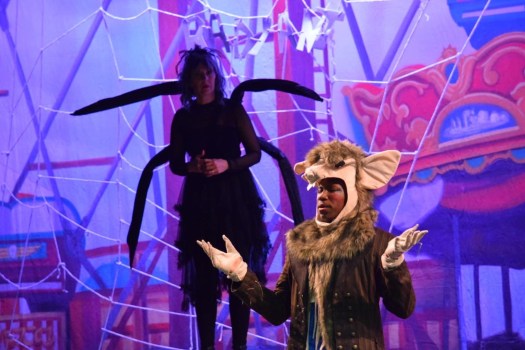 Barbara Peek (Charlotte) talks with Jay Osborne (Templeton) in the Oct. 29 and 30 productions of “Charlotte’s Web” in the Dixon Center for the Performing Arts of Lurleen B. Wallace Community College in Andalusia. 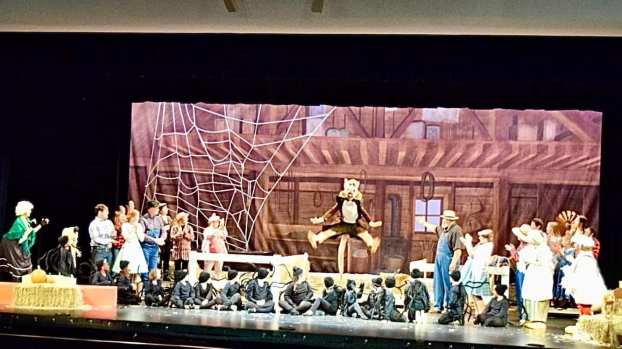 ReAct Theater & Arts presented “Charlotte’s Web” on Oct. 29, and 30, in the Dixon Center for the Performing Arts of Lurleen B. Wallace Community College in Andalusia. 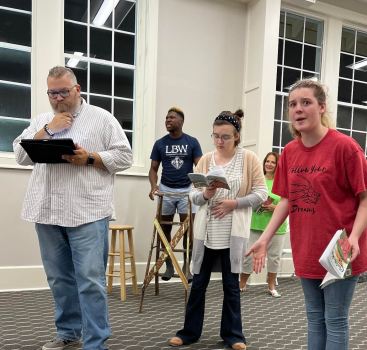 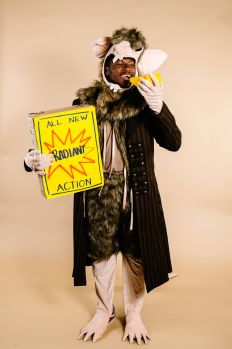 Luverne native Jay Osborne recently starred as Templeton in a ReAct Theatre & Arts production of “Charlotte’s Web” presented at the Lurleen B. Wallace Dixon Center for the Performing Arts in Andalusia.

The show ran Oct. 27 for 350 local elementary students. Saturday and Sunday performances were open to the public, and Sunday’s performance played to a sold-out crowd.

Osborne fell in love with theater at just 5 years old. Now, as an LBW freshman, Osborne is pursuing his dream to become a professional actor by majoring in the community college theater degree to earn an Associate in Arts.

“I always wanted to participate in theater and acting,” Osborne declared. “I’m very outgoing, and acting is a way of expressing myself.”

As a student at Luverne High School, Osborne enjoyed acting and participated in the school’s production of “The Brothers Grimm Spectaculathon.”

Osborne heard about auditions for “Charlotte’s Web” from an LBW instructor who encouraged him to try out for the play. He was already familiar with the classic children’s story based on the book by E.B. White and knew which part he wanted.

“I loved the book and the movie,” Osborne explained. “I can identify with Templeton because we both make funny, sarcastic jokes. Most of the time we don’t take things seriously, and deep down, we both actually have a good heart.”

“I felt comfortable casting him in the role of Templeton, the rat,” Powell said. “That’s a very big role, and he was an awesome choice.”

The experience differed from Osborne’s high school theater days, he said, and felt like a major change.

“It was better because you can feel the feedback from the crowd,” Osborne described. “You can see how everyone is engaged.”

Osborne plans to attend Troy University after completing classes at LBW. Eventually, he hopes to land on Broadway as an actor or even behind the scenes.

“Training is really important,” Osborne noted. “A lot of people can be gifted with talent, but that does not mean you should not get professional help.”

The journey to achieving his dream won’t be easy, he said. He knows it will be hard and there will be bumps along the way.

“You have to keep pushing to follow your dream,” Osborne reflected. “I’ve been pushing for a very long time and I won’t say I have reached my goal.

“I believe all people can follow their dream, when they never quit. It will get hard, but they will have to keep pushing for it to get where they want to be.”