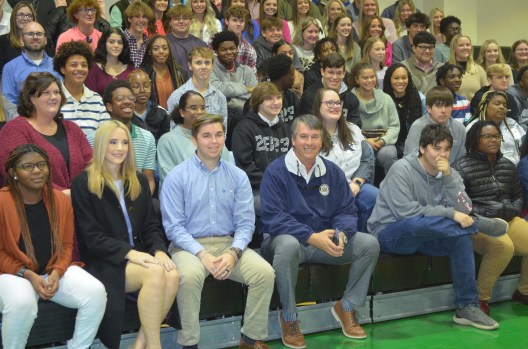 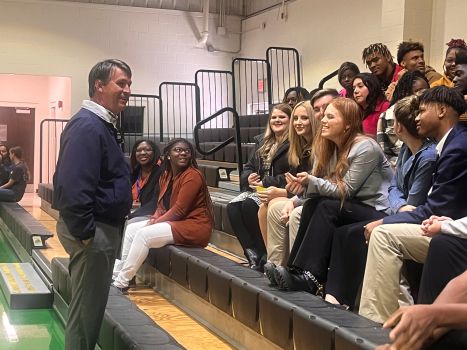 Congressman Barry Moore chatted one-on-one with Crenshaw County seniors before and after his address at Brantley School on Oct. 19. 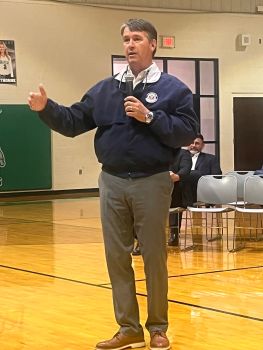 Congressman Barry Moore addressed Crenshaw County high school seniors, sharing his views on current issues and explained how his faith in God motivated him to run for office. 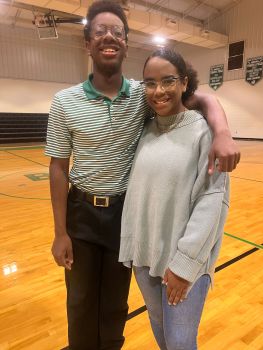 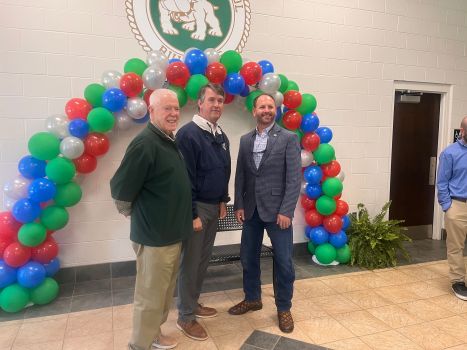 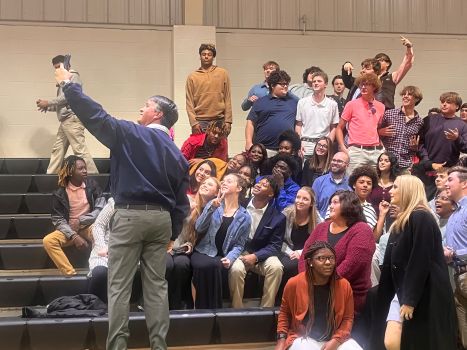 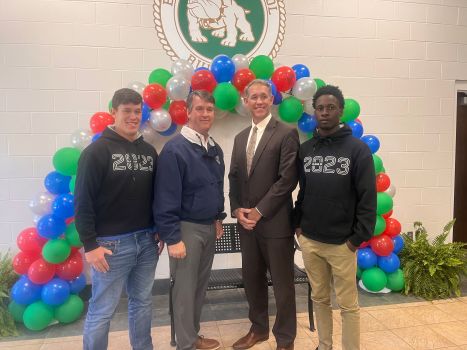 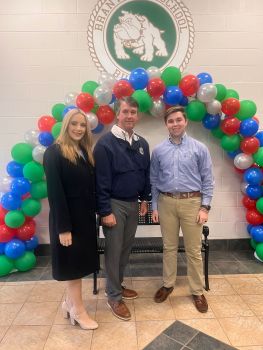 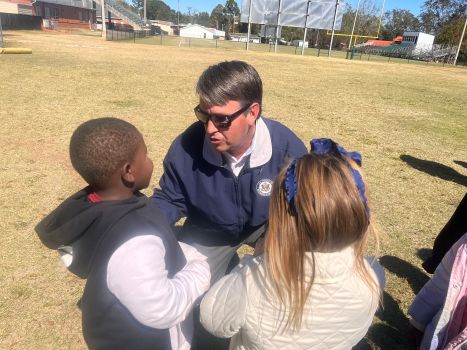 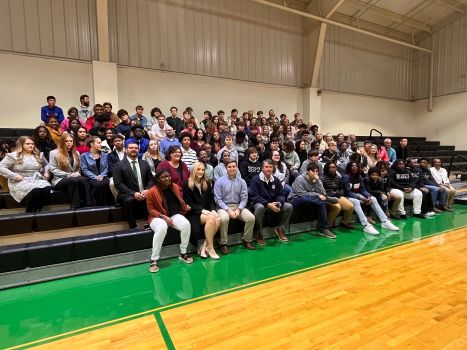 Moore addressed seniors from all four county high schools and talked one-on-one with students from Highland Home School, Brantley, Luverne School, and Crenshaw Christian Academy as part of his ‘Commitment to America” tour.

“I think it’s important to sow seeds of hope,” Moore declared. “Obviously, there’s a God and we’re not him. He calls us to different things in life, and no matter what that is, we’ve got to do our best to seek Him and walk in a faithful way, to take the next step in faith. I hope we plant seeds of hope that grow great fruit.”

“They’re the lifeblood of Crenshaw County,” he exclaimed. “They’ll be the ones voting and are voting right now.”

In his message, Moore described his background and shared his statement of faith in God.

“I never dreamed I would be in Congress,” Moore said. “You just never know where your path in life will take you. I just encourage you guys to always do the next right thing and seek the Lord in what you do. Psalms 119:105 says, ‘Your word is a lamp to my feet and a light to my path.’

“The Lord has sent us all over the place to do some amazing things. But it’s not anything about us, it’s just serving humbly, and then doing what you’re called to do.”

The Enterprise native explained he represents 15 Alabama counties, and assured seniors he is their voice in Washington D.C.

“There are a lot of things that concern me about the direction of our country,” Moore explained. “But to think you could take a kid from [rural] Alabama and send him to Congress, that tells you we still have a nation of great opportunities.”

Brantley seniors Trey Marshall and Alana Barnes said they were eager to learn more about the life and duties of a congressman. Marshall asked Moore to explain what had motivated him to run for Congress.

“This is the last thing I ever thought I would do,” Moore reflected. “[My family] felt called to do it. My job is to protect you guys’ opportunity of liberty because every time government grows, you lose liberty, you lose freedom. You may have protection, but you don’t have freedom.”

“[Moore’s visit] was especially important to me because I have a senior who attends Luverne,” Tate said. “He hears me talking all the time about things that are going on in government. For him to actually be able to experience it firsthand is a big deal.”

While on campus, Moore stopped by the playground to meet a few of Brantley’s younger students. Assistant Principal Marcus Taylor described Moore’s visit as an opportunity to showcase campus improvements and help students learn more about politics.

“It’s an honor to be able to host an event like this,” Taylor exclaimed. “This is an opportunity for people from the outside to see just how special Brantley and Crenshaw County is.”

Local farmers met with Moore in the afternoon for coffee at Luverne Hardware. The Congressman also conducted a town hall meeting at the Venue at the Runway in Luverne before finishing the day with dinner at Preston’s Steak and Grill.

“We’re just touring different facilities and businesses, we’re meeting the economic development leaders, but also school kids and the future generations,” Moore said. “We wanted to make sure that all though this is a calling and it’s a high purpose, we want to stay connected with the people. So, it’s an honor to do this and it’s really where I’m most at home.”