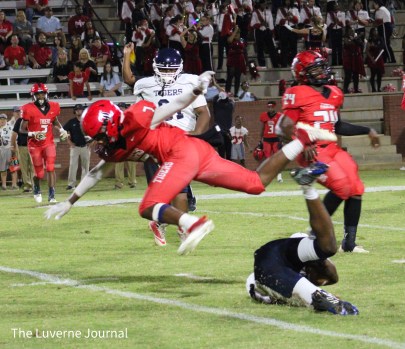 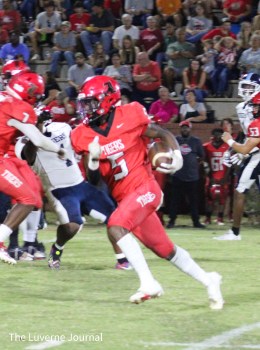 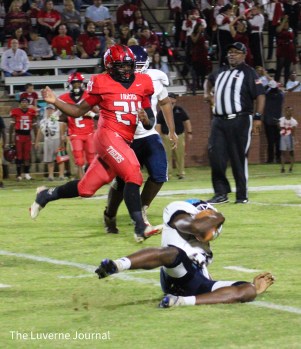 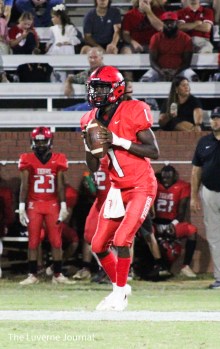 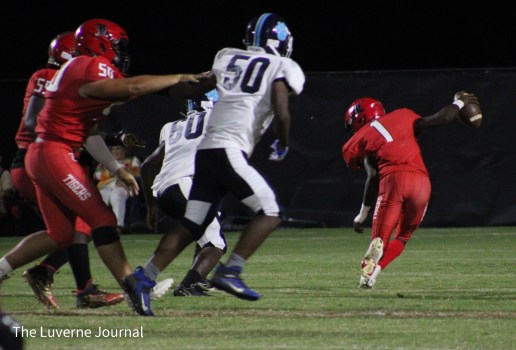 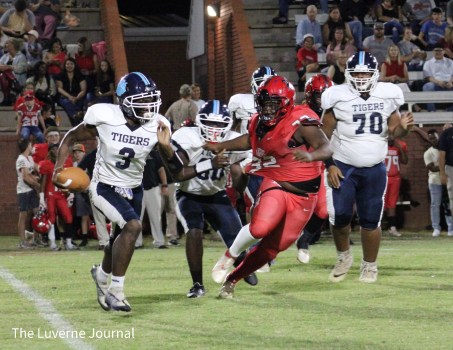 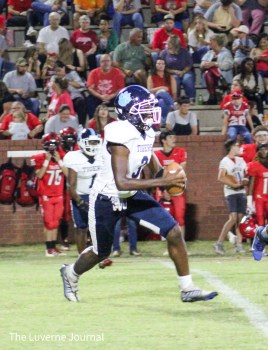 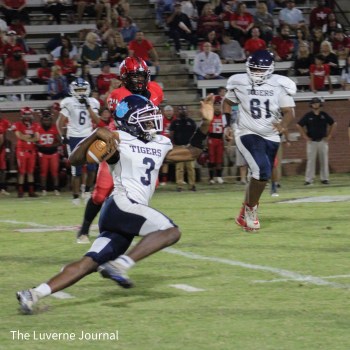 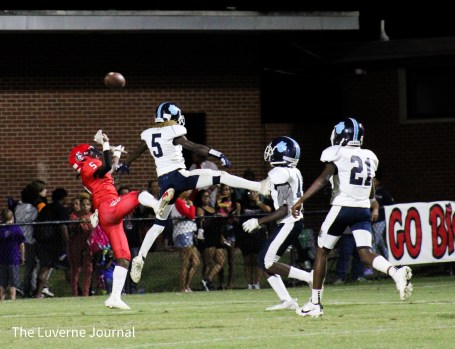 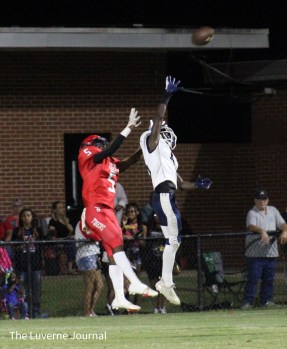 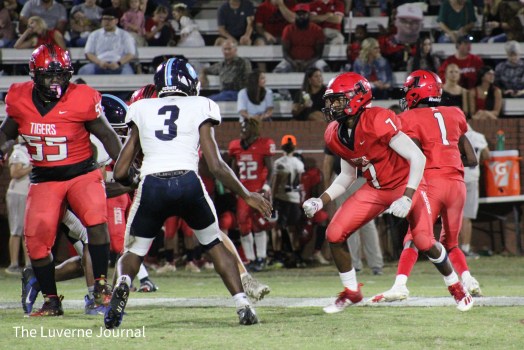 Luverne High School’s ground game engineered a six-touchdown effort in a 41-0 shutout of The Calhoun School in front of a homecoming crowd at Glenn Daniel Stadium on Friday night.

Tigers running back De’emory Jones contributed a pair of rushing touchdowns in each half, finishing his night with 16 carries for 95 yards and four touchdowns.

Despite controlling the clock and the tempo for the bulk of the contest, Luverne head coach Jason Rowell said he felt like the team wasn’t at its best against a Class 1A school.

“You know, it’s homecoming week, so it’s a lot of distractions,” he said. “To come in here and get a win and do what we need to do is a priority, but secondly, I thought we played kind of sloppy at times. There wasn’t a lot of enthusiasm with our team. We’ve got to learn to play to our standard of football every Friday night no matter who we’re playing, and tonight, I thought we played down to our competition.”

With a pair of 1-yard touchdown runs by Jones bookending a 2-yard run by Jamarcus Davison, the hometown TIgers built a 27-0 halftime advantage.

Calhoun’s offense struggled mightily against Luverne’s defense. The Tigers held the visitors to minus-30 yards of offense in the first half.

“I saw a lot of good things from the defense,” Rowell said. “They played hard. The defensive line controlled the line of scrimmage. Offensively, I don’t feel like we controlled the line of scrimmage offensively, but credit to Calhoun. They did a good job, and those guys had their guys ready to play. We’ve just got to find ourselves and keep getting better every day.”

Jones added his third touchdown of the game on a 2-yard score with 2:25 left in the third stanza to widen Luverne’s margin to 34-0.

Tigers defensive back Aderion Foster picked off Calhoun freshman quarterback Jeremy Hardy at the Calhoun 36-yard line and positioned his team inside the red zone with a 28-yard run. One play later, Jones surged into the end zone on an 8-yard run for the team’s final score of the night inside the final minute of the third quarter.

Luverne linebacker Malachi Roberts intercepted a tipped Adrian Moorer pass to set up a drive where his team received one more opportunity to add to its total. Kicker Jose Vasquez, who went 5-of-6 on extra points in the game, hooked a kick low and to the left on a 35-yard field goal attempt.

To Calhoun’s credit, the team clawed its way down the field on its final drive of the contest, but ran out of time at the Luverne 33-yard line. The visiting Tigers finished the game in the positives with 29 yards of offense.

“That was the best part about it,” said Ervin Starr, Calhoun head coach. “Our kids never quit. We had some injuries. As you can see, we didn’t have our full squad with us tonight, and we had a couple kids who were sick at halftime – maybe something from lunch or whatever. But everybody that was on the field was fighting to the end of the game, and that’s all we can ask for.”

Luverne’s lone turnover of the game happened early in the first quarter on Calhoun’s first punt after a three-and-out. The ball struck a Luverne player in the leg, and Calhoun recovered the live ball.

“That was just a young guy – a rookie mistake, and we’re yelling ,‘Peter!’ to get away from the football,” Rowell said. “He kind of slowly drifts, and he doesn’t see the football. It comes down and hits him. That’s just kind of unfortunate, but we’ve got to do a better job of when we know there’s a ‘Peter!’ call, we’ve got to the sideline on that. Special teams can make or break you.”

Luverne (4-2, 3-0) will travel to face 2A, Region 3 rival Highland Home (6-0, 3-0) on Friday night at 7. The fight against the Flying Squadron marks the first of a four-week trial featuring matchups against Goshen, Reeltown, and LaFayette as Luverne makes its push toward the postseason.

“It’s at this time of year in our region,” Rowell said. “I told our kids back in the summer that we’re in the SEC West of 2A football, and we’ve got to crank it up. We’ve got to be playing our best football from here on out. It’s definitely a tough region. Highland Home, Reeltown, LaFayette, and Goshen, all those teams are playing good football right now. It’s an exciting time, too, because I feel like our team is growing, but tonight, I don’t feel like we’ve grown like we should have.”

“It’s not going to get any easier, but again, they’ll see that our kids will continue to fight for four quarters,” Starr said. 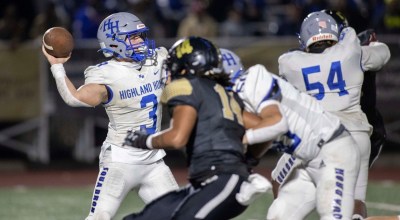