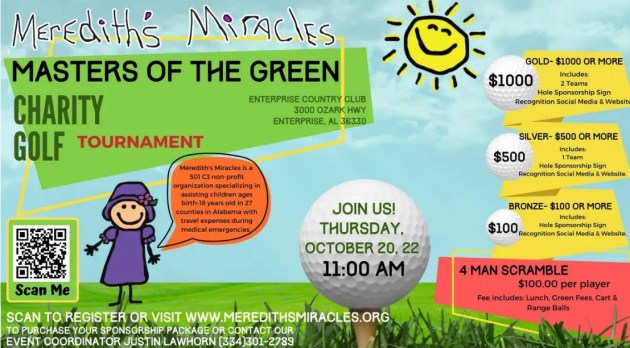 Meredith's Miracles will host a charity golf tournament in Enterprise on Oct. 20. 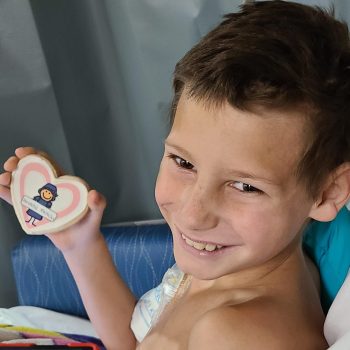 Correy Bozeman, son of Matthew and Meredith Bozeman, is one strong soldier, fighting hard in his battle against an unknown type of cancer that has his doctors perplexed. 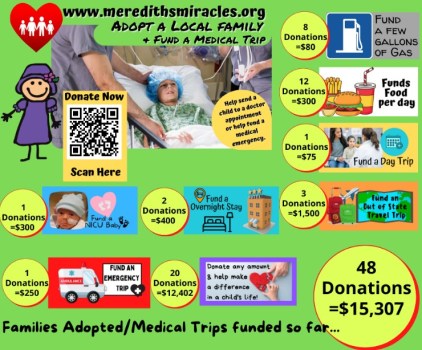 There are many ways to help! Check out the photo gallery for upcoming Meredith's Miracles events including a golf tournament! 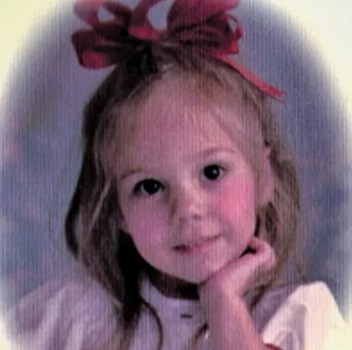 Meredith’s Miracles began after Meredith Elizabeth McGlamory, daughter of Janna and Russell McGlamory of Andalusia, lost her battle with cancer at the age of 5. Meredith was diagnosed at 3 years old and after two years of radiation, chemotherapy, and multiple surgeries, stopped responding to treatments and passed away Sept. 7, 2003. Meredith's family was so touched by the help and love they received from their community that they wanted to make sure that other families in such a crisis received the help and support that they need and deserve. 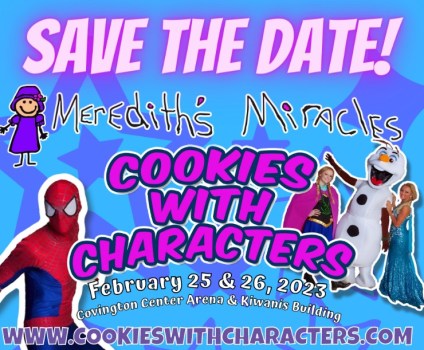 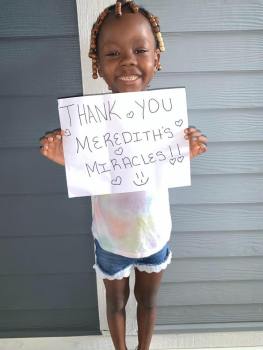 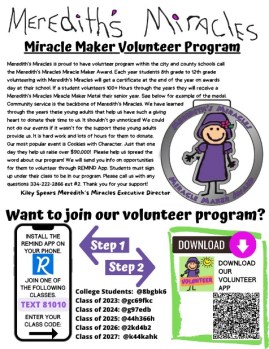 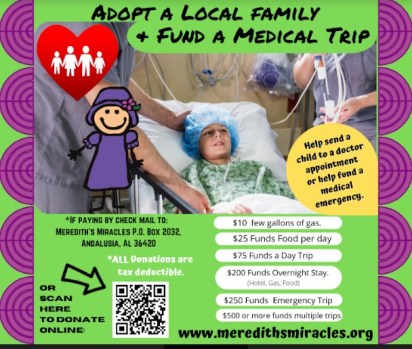 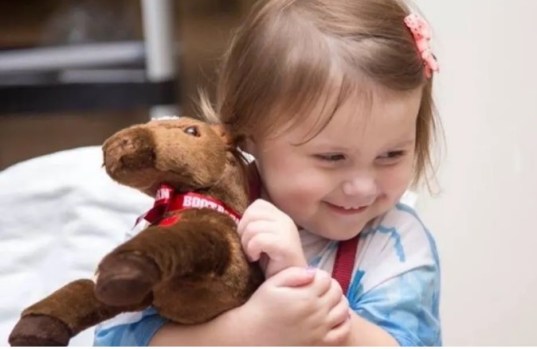 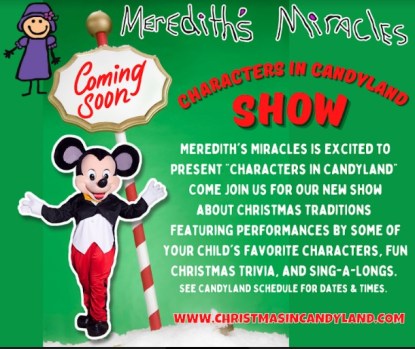 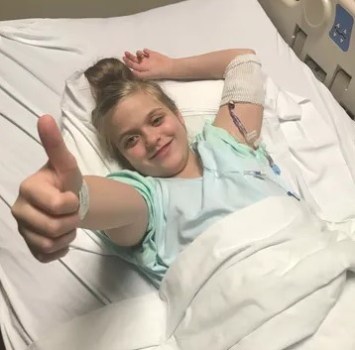 Meredith’s Miracles,a 501 C3 nonprofit organization,works to bring awareness to childhood illnesses and assists families in 27 Alabama counties, including Crenshaw, with nonmedical expenses such as hotel stays, car rentals, gasoline, plane tickets, food, and other costs that may accrue when a child needs medical services.

The group needs the community’s support more than ever so no families in need are turned away.

Recently, Meredith’s Miracles has seen a huge increase in requests for assistance, funding more than 676 trips already this year compared to the 578 trips funded in all of 2021.

“The numbers are frightening,” said Kiley Davis Spears, executive director of Meredith’s Miracles. “Last month we needed $18,000 to fund our families. Year-to-date Meredith’s Miracles has provided $124,786 of assistance with last year’s entire total being $114,000.00. We try hard to be here for our families. We have never had to turn anyone away, but I fear we may get to that point.

“There are many ways people can help. We have our ‘Adopt a Family, Fund a Trip’ campaign going on and have recently started accepting monthly donations via automatic payments, which has really helped. ”

Spears added any amount is helpful to the organization’s cause.

“If you can only donate $10, it helps with gas,” Spears said. “If you donate $25, it helps with a day of food for a family. Meredith’s Miracles asks that you please consider helping in any way you can. Our donors get postcards and updates with exactly how their donations were used and all of our families are always beyond grateful.”

Correy Bozeman, son of Mathew and Meredith Bozeman, of Brantley, was diagnosed with undifferentiated round cell solid spinal tumors in September 2020. The exact type of cancer is still unknown. 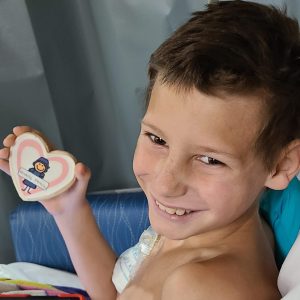 Correy Bozeman, son of Matthew and Meredith Bozeman, is one strong soldier, fighting hard in his battle against an unknown type of cancer that has his doctors perplexed.

Although Correy officially entered remission in May of this year, his battle is ongoing and includes trips to North Carolina every three months, chemo in Birmingham every two weeks, appointments with his rehabilitation doctor, urologist, and audiologist also in Birmingham, and twice-weekly trips for physical therapy in Luverne.

A recent trip to his doctors in North Carolina revealed new cancer spots and a new medical plan for Correy has yet to be determined.

According to Correy’s mother, the hardest part about their season of life is the unknown, but she said Meredith’s Miracles has made the journey easier to navigate.

“Meredith’s Miracles has been a Godsend,” Meredith said. “They have been amazing and have helped with expenses such as gas, food, and lodging. They’ve visited us at Children’s and keep up with Correy’s progress via social media and phone calls. They truly care about the people they help and emotionally invest in our journeys.

“We received a phone call a few weeks ago informing us that they have reached the limit as far as the amount they could help with financially due to the funding issues they are facing. I could tell that this was a very difficult phone call for them to make. However, they are still following Correy’s journey and praying for us. There is no doubt in our minds that they would still be providing financial support if they were able to.”

There are a multitude of ways to help Meredith’s Miracles, including attending their fun-filled family events like “Cookies with Characters,” shopping at the Meredith’s Miracles Thrift Shop or making a donation of clothing, household goods, furniture, electronics, or books to the second-hand store in Andalusia. 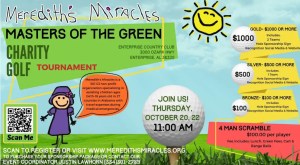 Meredith’s Miracles will host a charity golf tournament in Enterprise on Oct. 20.

To make a donation online, sponsor an event, find out more about Meredith’s Miracles, the “Adopt a Family, Fund a Trip” sponsorship, and other ways to donate, visit https://meredithsmiracles.org/ or contact Kiley Spears at (334) 222-2866. 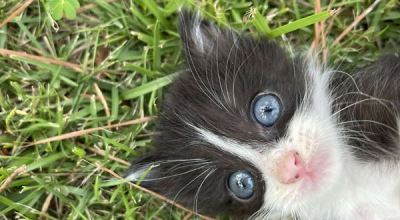 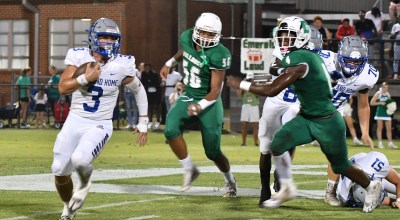