Brantley native tapped as journalism alumna of the year 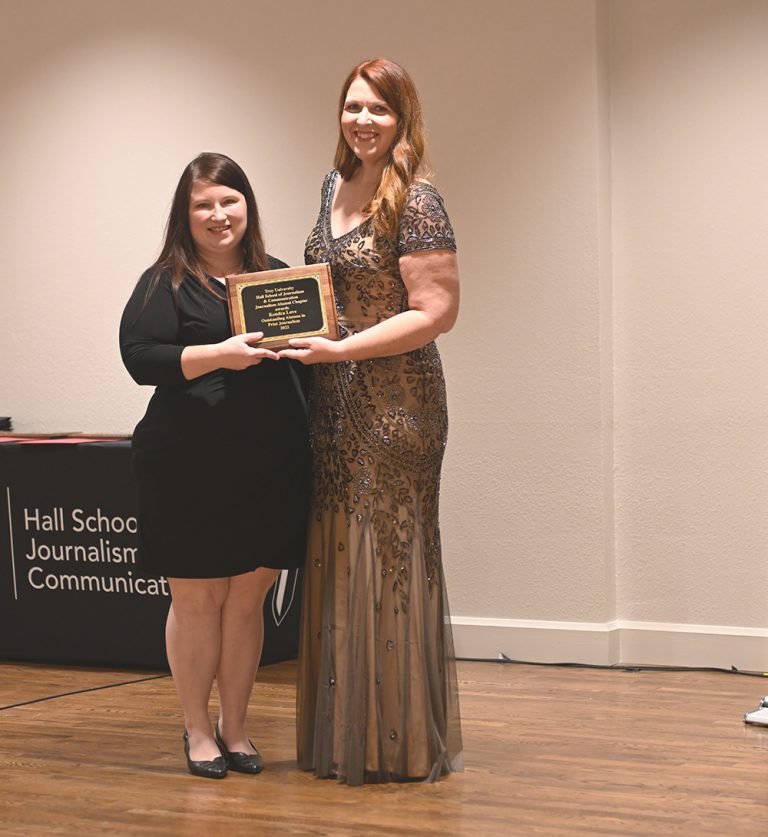 “It is incredibly humbling to be honored for my work as a journalist,” Love said. “Troy University has produced countless journalists with outstanding resumes, and I am honored to be counted among them. I have been blessed to have found my passion as a teenager and put in the hard work to see my career take off and make a difference in the communities in which I have lived and worked.”

“Journalism can be a thankless job,” Love continued, “but it’s one of great importance in helping preserve democracy and one that I have never taken lightly. Troy University and the Hall School of Journalism and Communication played an integral role in helping me build my foundation as a journalist. I will forever be thankful for that. I have had so many mentors throughout my journalism career, and I am thankful for their influence, encouragement, constructive criticism and the opportunities offered to me.”

“Kendra is a Jill of all trades with experience in writing, design and management and is a perfect example of how a Hall School graduate has an understanding of many aspects of journalism and can move seamlessly from one opportunity to the next,” Hall School of Journalism and Communication Director Dr. Robbyn Brooks Taylor said. “She’s a perfect example of a journalist who is in the business to serve the public, which is what we teach.”

Love started her journalism career in high school and spent the better part of two decades as a print journalist in Alabama.

Her love for journalism began at age 16, and her passion for storytelling and creating designs to further tell stories grew as her career continued.

She is a 2004 graduate of Brantley High School. She earned a bachelor’s degree in print journalism and a master’s degree in strategic communication from Troy University.

During her time at Troy, she served as co-editor of the student newspaper, The Tropolitan, for two years after working as a staff member for two years..

After college, she worked briefly as a graphic designer before joining Boone Newspapers at its Troy Messenger location where she worked as a reporter and page designer. In 2010, she was promoted to copy editor, reporter and page designer at the Andalusia Star-News. In 2013, she became the managing editor of The Lowndes Signal and The Luverne Journal.

Wanting to do more in the newsroom, Boone Newspapers named her the regional editor for five newspapers: The Greenville Advocate, The Lowndes Signal, The Luverne Journal, The Selma Times-Journal and The Demopolis Times.

In 2021, Love transitioned to a role that would allow her to utilize her master’s degree. She is now a media strategist for Alabama Values Progress, a state-based communication hub dedicated to amplifying the work of progressive partners in Alabama.

She has won several Alabama Press Association awards, was a Media Law Fellow in 2019 at the University of South Carolina School of Law and was named Communicator of the Year by the Alabama Association of Conservation Districts in 2016. She served on the Alabama Press Association Foundation Board for several years. She also served as the president of the Andalusia Lions Club and a member of the Covington County Children’s Policy Council and the Andalusia Area Chamber of Commerce board. She has also been published nationally from California to Pennsylvania. She is married to Chris Love and they have four children.