Meadowcrest Apartments held a kickoff party April 25 for their sixth annual Rock-a-thon, a fundraiser for the Alzheimer’s Association which will be held on June 11. Residents are gathering donations until the event. For the last three years, Meadowcrest has been the top fundraising team in Alabama with last year’s Rock-a-Thon raising $15,000. Residents are working hard to top last year’s total donations.

Site manager, Peggy Fowler, said that both residents of Meadowcrest and the local community give their all when it comes to the yearly fundraiser. Fowler encouraged the residents to continue to work hard with a goal of topping last year’s donations.

“With our barbecue sale we raised around $1700 for the Alzheimer’s Association, and we sold 73 plush elephants (An elephant never forgets..and the animal could teach us more about Alzheimer’s)to go to the nursing home,” Fowler told the attendees of the kickoff event. “Some of you have already met your goals, but don’t stop there. We are already off to a great start, and I hope you all leave here motivated and ready to get out there and ask people to donate to this excellent cause. All we must do is get the word out and ask. Over the years we have learned that almost every family has been touched by Alzheimer’s and when people realize that we are seeking donations for the Alzheimer’s Association, they will contribute. All you have to do is ask.” 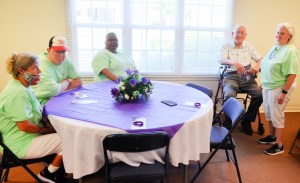 The fundraiser is held in conjunction with the Alzheimer’s Association’s The Longest Day fundraising event. “The Longest Day” refers to the day with the most light-the summer solstice. People from across the world are gearing up to fight the darkness of Alzheimer’s through fundraising activities of their choice during the month of June.

An educational and interactive conversation was had amongst those attending the kickoff party. Personal experiences with Alzheimer’s were shared, including a brief account by Elliot Jones, Crenshaw County EMA director, regarding how his mother-in-law suffered from the disease prior to her death. Jessica Carpenter Miller, executive director of the Alabama chapter of the Alzheimer’s Association and Luverne native, discussed the disease, its warning signs, answered questions, and spoke of a new treatment.

“What we saw during the pandemic was an increase in the progression of the disease because of isolation. Care facilities were not allowing visitors so those in nursing homes could not be around their loved ones and friends and families were simply not gathering. Socialization is a big component to at least slowing down the progression of Alzheimer’s. However, this past year we did release the first new treatment for the disease in 20 years. It is an early stage drug called Aducanumab and it can actually alter progression of the disease with an early diagnosis,” Miller said.

“Many with Alzheimer’s suffer from what we call Sundowners and oftentimes after-hours assistance is needed, so we have a free 24 hour helpline that is staffed by master’s-level clinicians who provide support, offer information and suggest referrals,” Miller said. “You all do so much for the Alabama chapter, and it is thanks to you that we are able to provide resources like this to those that need them. I always look forward to coming back home for these events and I am looking forward to attending the Rock-a-Thon in June.”

Vivian Pippins, a four-year resident of Meadowcrest Apartments, worked in an Alzheimer care unit and is excited about the new treatment.

“I have seen people go through the different stages of Alzheimer’s and this new treatment is good news. Often, they would develop an irrational fear of water. They would not want to get into the tub or shower and often would even be afraid of a clean, shiny floor. Patients would often remember things from years ago, including songs from their youth, but their short-term memory loss and not remembering their children or grandchildren was always heartbreaking,” Pippins said. 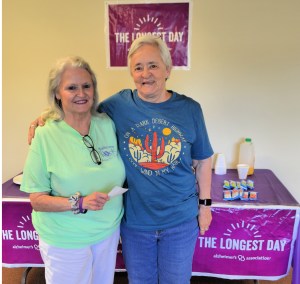 Vivivian Pippins receiving a donation made by Fran Christian.

Meadowcrest site manager, Peggy Fowler, expressed her pride in being part of this fundraiser and is hoping for a big turnout.

“Our annual Rock-a-Thon is something we are very proud of and we all work hard leading up to it. The day of the event is a time to relax, thank everyone in the community that has donated, and try to get one last round of donations before we tally everything up and announce the total. The Pepsi wagon will be here with free hotdogs, chips and sodas. There will be a variety of live music including gospel and country and we will have door prizes. Tenants will be rocking for a cure and there will be rocking chairs available for guests. I  invite everyone to come out  and rock with us. It is going to be a fun day. ” Fowler said.

Shirts and hats are available for purchase promoting this year’s Rock-a-Thon. Hats are $15 and shirts start at $20 and these sales also contribute to fundraising. 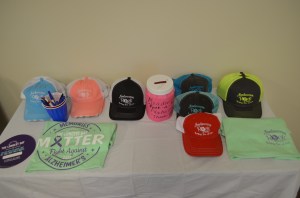 Donations can be dropped off at the Meadowcrest office, made online or by mail. Make checks payable to Alzheimer’s Association. Please mail to Peggy Fowler P.O. Box 267 Luverne, AL 36049. Online donations can be made via Peggy Parker Fowler’s Facebook page. 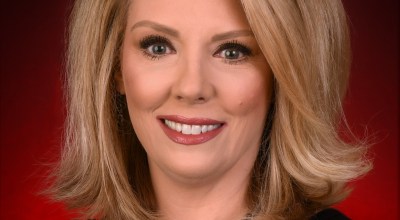