Kedrick Brown named Class 1A Lineman of the Year 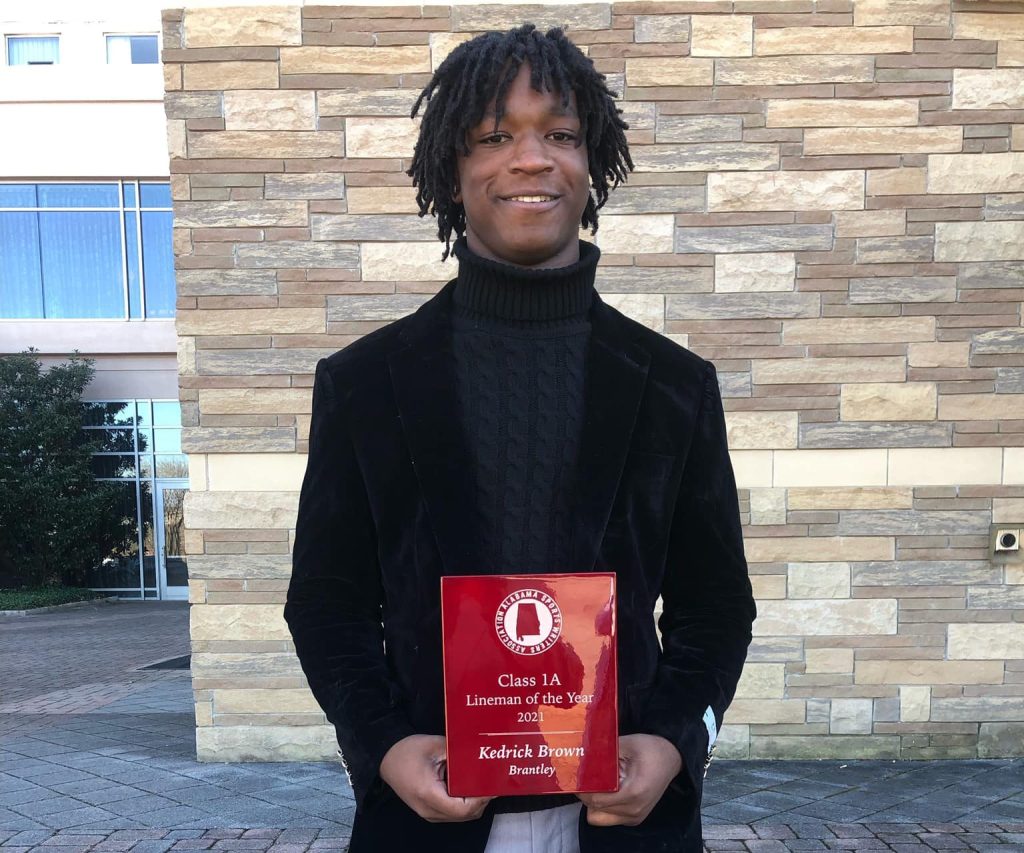 Crenshaw County recently had two athletes named as finalists for the Lineman of the Year award by Alabama Sports Writers Association. The winners received awards at the January 13 luncheon banquet held at the Montgomery Renaissance,

Brantley Bulldog’s Kedrick Brown was named as a finalist in December. Brown beat out Michael Cole and Tyler Ward, both from Sweetwater.

Coach Roland Jones said Brown is a good player and is the defensive leader. Brown leads the team in tackles for the season.

Brown was listed as number 14 in 2023s Alabama Top 50 Prospects. He was named as Marcos Pizza Player of the Week in November, 2021.

Brown was selected for the 2021 ASWA All-State football team.

Although he hasn’t received any offers yet, but with 109 tackles and 16 touchdowns for the season, they will soon be on the way.

Highland Home Squadron’s Keldric Faulk was named runner up for the 2A Lineman of the Year award, which was awarded to Caden Story, Lanett High School. 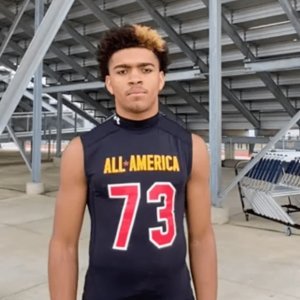 In August, 247sports.com listed Faulk as a four-star recruit, ranked number four in the state, number 28 nationally for the Class of 2023 and listed as number 13 in 2023s Alabama Top 50 Prospects.

Rokfin.com listed Faulk as number six in the country for defensive line.

“Keldric does a great job in everything he does. He is not only a difference maker on the football field, but he is a leader in the weight room and does really well academically,” Will Pouncey, Squadron Head Coach, said.  “He is the ideal role model for our youth here at Highland Home School. Keldric might not have won the 2A Lineman of the year this year, but he has many awards coming in his future as a football player and throughout his adult life. We are extremely proud of him and all of our student athletes here at Highland Home School for their dedication to success.”

With another season still to come, these 22-23 season seniors will be coveted prospects for college teams.