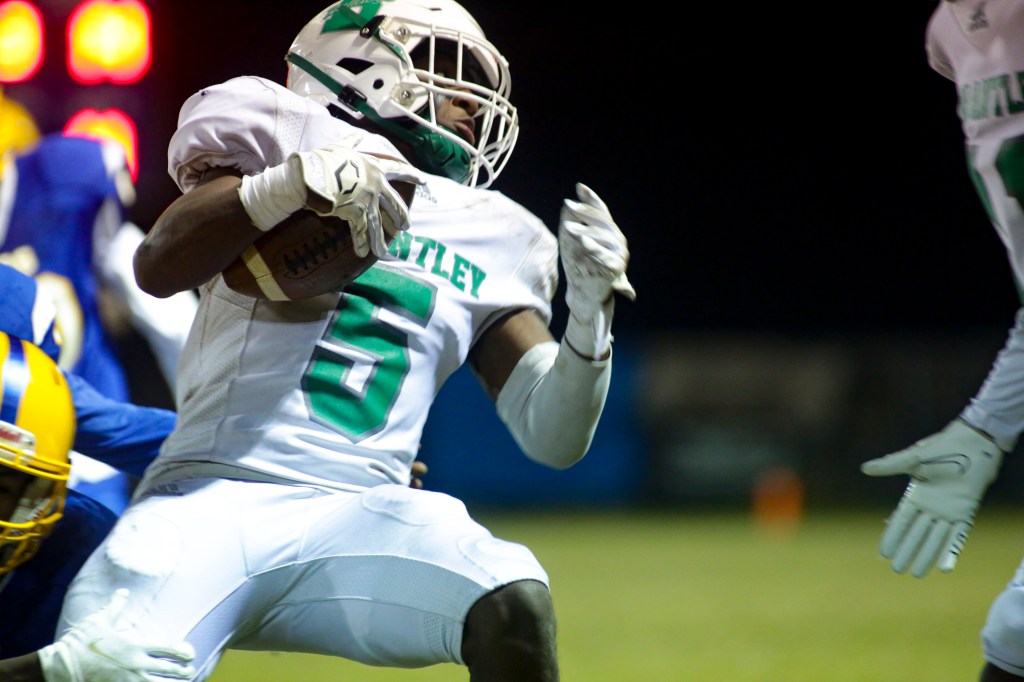 Daquan Pittman runs with the ball.Photo Credit: Doug Horton/Special to the Luverne Journal

Keith High was in position to upset No. 1 Brantley in their Class 1A State Quarterfinal contest.

The No. 7 Bears finished 11-2 after making the deepest postseason run in school history. 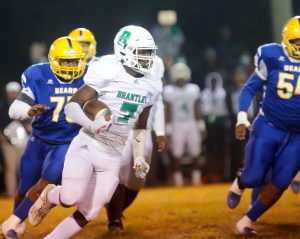 Robert Shines runs with the football.Photo Credit: Doug Horton/Special to the Luverne Journal

Brantley (12-0) converted a fumble at the Bears’ 18-yard-line into Brown’s game-winning points.

“I had to put the team on my back and make a play,” Brown said.

Even after Brown’s touchdown, Keith had a chance to pull off the upset victory.

The Bears reached Brantley’s 25, but Terrell Lumpkin’s pass to Jayln Jones fell a yard short on fourth-and-3 with 16 seconds left. Brantley ran out the clock to preserve a semifinal showdown against Sweet Water.

“We had our chances, we couldn’t get it done,” Keith head coach Anthony Lumpkin said. 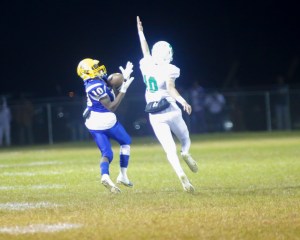 “We came up a yard short,” Terrell Lumpkin said. “If we get that one yard, we’re still driving and trying to win the game.”

Brantley head coach Roland Jones knew the Bulldogs would get a battle from Keith.

“I told our players that it would be tough, “ Jones said. “Keith has a great team and Anthony Lumpkin has done a great job with them. Terrell Lumpkin is a great player.”

Brantley extended its lead to 14-6 after three quarters on Kilcrease’s 3-yard TD run.

Keith tied the game at 14-14 on Terrell Lumpkin’s 1-yard TD run midway in the fourth quarter. Jones connected with Jeffrey Cochran on the game-tying two-point conversion.