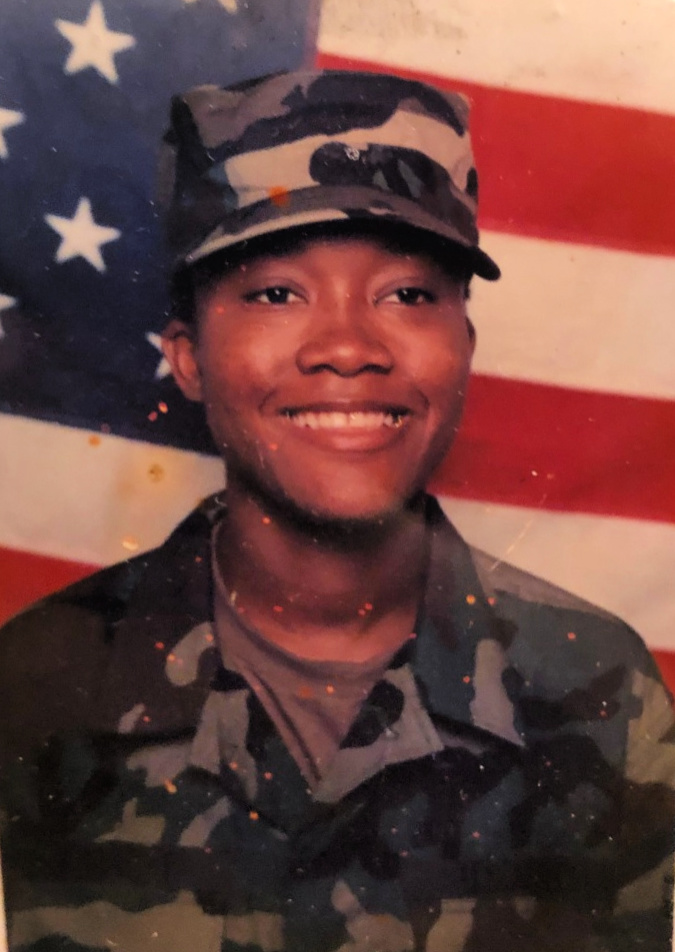 Eleanor Rosevelt once said “Freedom makes a huge requirement of every human being. With freedom comes responsibility.”

Erica Holliday of Aberdeen, Mississippi and a native of Brantley, served 10 years in the U.S. Army where she reached the rank of E5. Holliday joined the army when she was 18, and upon looking back on her military career, said that making the decision to join was the best choice she has ever made.

“Honestly, I just needed a change and wanted to see places outside of Brantley. Nothing was going right for me, and I was having a hard time dealing with just being a teenager. I had a cousin that was a recruiter at the time, and I was ready to start seeing the world as quickly as I could. My cousin made that happen. The military was what made me grow up and become more mature in my thinking and my ways. I made a lot of mistakes along the way, but I learned from them, and my military career made me who I am today and taught me skills and values that I instill in my five children. It is also thanks to my time in the military that I have my children as I met my husband, Chris Holliday, Sr., of 16 years while serving,” Holliday said.

Holliday’s role within her unit was officially known as- 92A-supply clerk. She worked to make sure that activated units received what they needed and ensured that other military bases obtained needed supplies. Holliday was stationed in Ft. Campbell, KY, Camp Humphreys, Korea and Ft. Bragg, North Carolina. Her training was done in Ft. Jackson, South Carolina and in Ft. Lee, Virginia.

Holliday recalls being nervous and a little scared when she raised her right hand for the oath of enlistment into the Army. She said that during that moment, she had no idea that her life was going to change forever and certainly for the better after taking the oath.

Holliday had a lot of support and encouragement from her family throughout her military career. Her parents wanted her to do something positive with her life that could help others. She recalls her mother, Patricia Walker, driving her to every appointment and helping her get things in line to begin her journey with the army. Her father, Wayne Walker who is a veteran himself, also strongly supported her all along the way. Her sisters, who are also veterans, were happy for her when she joined the U.S. Army and her grandmother, Alberta Walker, has always been one of Holliday’s biggest fans.

A deployment was never a part of Holliday’s military career, but she is confident that her stateside job was an integral part of keeping our military strong and our country safe. Being a member of our country’s military is a symbiotic relationship, according to Holliday, because soldiers are able to receive invaluable training, education, life lessons, lifelong friendships, and other benefits while working to protect the country.  She is very thankful for the discipline cultivated by her military service and encourages any youth interested in joining the military to go for it.

Erica Holliday graduated from Brantley High School in 1997. She is a stay at home mom and owns a crafting business where she makes and sells a wide variety of items including things like door hangers, signs, personalized shirts, and flower arrangements.