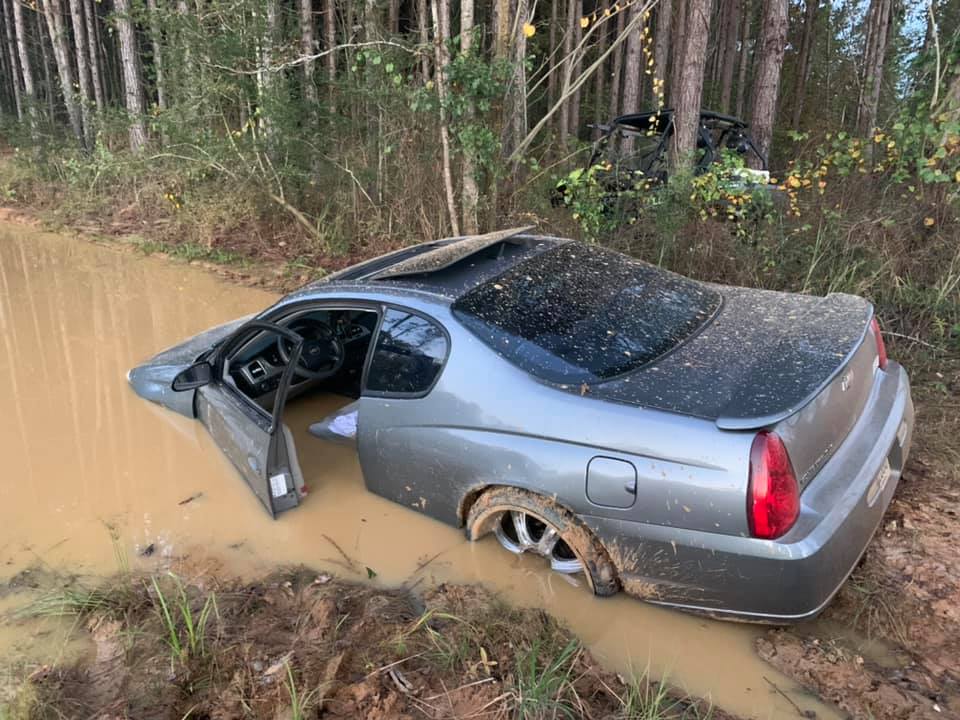 On Saturday, October 23, Investigator Marcus Laster with the Crenshaw County Sheriff’s Office received a phone call regarding a car in the woods.
“A Crenshaw County woman called me and said she had come across a car in a mud hole while riding ATV’s in the woods.”
According to Laster, the car was back in the Piney Woods area.
“We had to go into Butler County to even get back to it. I do not see how the car even made it back there as far as it did. We were having trouble in our trucks with 4-wheel drive,” Laster said. “I had to call E911 and have them ping my phone just so Butler County law enforcement could locate our position.”
The vehicle came back as a stolen car out of Butler County two days prior when the Crenshaw County Sheriff’s Office ran the plates.
The entire front end of the vehicle was submerged in water and the keys were still in the ignition.
The car was located on the line of Crenshaw and Butler Counties.
Sheriff Danny Bond did not release any information on the discovery but did confirm they are still trying to recover the car from the woods.