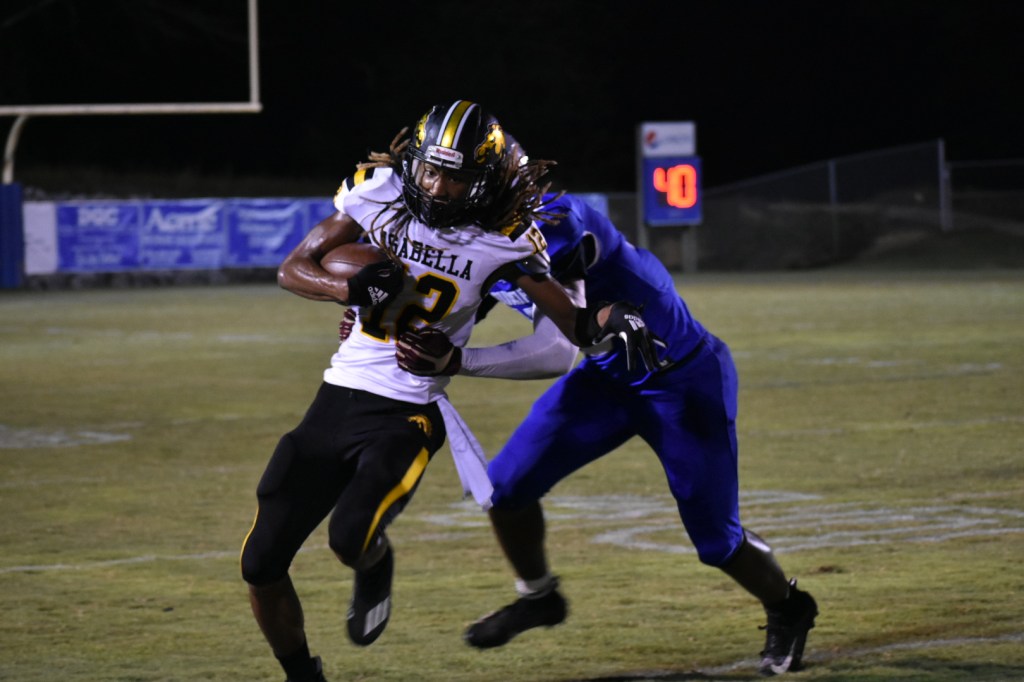 Photo provided by the Squadron Network

The Flying Squadron crashed and burned when taking on Isabella this past Friday, losing 18-24.

Despite some amazing passes thrown by Nick Diaz and catches by players like Keldrick Faulk, the Squadron are 2-7 for the season.

Highland Home started out strong, adding the only points to the board in the first quarter. Diaz completed a touchdown pass to Faulk for a 39-yard touchdown.

The Squadron defense held strong throughout the first quarter, not allowing Isabella to score until the second quarter tying the game.

With only 51 seconds left in the first quarter, Isabella made a 30-yard touchdown but missed the two-point conversion giving them a 12-6 lead entering half-time.

D’Riko Harris makes a 1-yard run touchdown for the Squadron with just over four minutes left in the third, once again tying the game.

Isabella completed a 13-yard touchdown pass near the eight-minute mark to take over the lead 18-12.

Shortly after, Diaz runs a 63-yard touchdown, once again tying the game.

The two teams battle it out in overtime. Isabella outruns Highland and is able to complete a 20-yard touchdown, winning the game.

Brice McKenzie, receiver and safety for the Squadron, said Friday night’s game turned out like he expected. “It was a tough game but we should have come out on top, though.” McKenzie said. “The best part of the game was us, as a team, fighting and not giving up at the end, scoring and tying the game 18-18 and going into overtime.”

McKenzie said he feels the team still needs to work on finishing strong and executing every play.

Coach Jonny Mitchell, Squadron offensive coordinator, said that consistency is what he would like to see in the Squadron varsity team.

Highland Home will face off against Francis Marion October 15, for the Homecoming gam