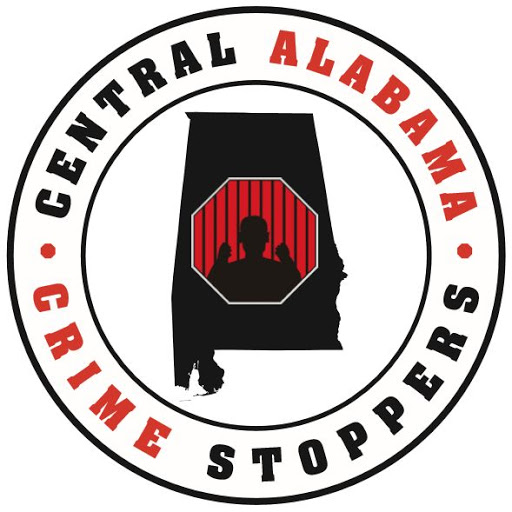 Ray White and Andre Mitchell with Central Alabama CrimeStoppers met with the families of cold case victims is Crenshaw County to offer their support as well as increasing the rewards on each case.

DeLange Harris was murdered 10 years ago and Earl Cosby was murdered five years ago in Crenshaw County. Both cases have remained unsolved despite family and friends actively working to keep the cases active.

John Harris, Delange’s father, Brent & Judith Cosby, Earl Cosby’s son and wife, Sheriff Terry Mears, Investigator Gray, and Rutledge Mayor Steve Phillips gathered at Rutledge Town Hall to meet with White and Mitchell who increased the reward in the Harris case to $30,000 and in the Cosby case to $12,500.

Sheriff Terry Mears expressed his condolences to the families for their loss.

“We have developed a possible lead in both the cases right now. It is still an active investigation, and that is all I can give you right now,” Mears told the families. “I am four deputies short right now. The county commission was willing to help me to some extent and I am hoping to hire a couple of guys here in the next week or two. It is hard to work shorthanded,” Mears continued.

Mears said his office has worked around 75 cases just in the month of July, many of those involving youth.

“I just want the parents to understand, especially when it comes to kids, we get a lot of kid calls, it is ok to parent. Don’t blame the police. We are not there to raise your kids. Be a parent and raise them up right,” Mears said.

John Harris, Delange Harris’s father, spoke to those gathered about his son’s case.

“Most of you know who I am, Delange Harris was my son, IS my son,” Harris said. “I lost him 10 years ago to a homicide in Crenshaw County. Seems like I have done lost him to a county. It just won’t go away.”

The Delange Harris case is the case that brought CrimeStoppers to Crenshaw County two years ago.

“I want to say to the Cosby family, I feel your pain. I know what you are going through,” Harris said. “But hold on. As long as there is a breath in our bodies, we have a chance to find out what happened.”

“Justice will prevail, sooner or later someone is going to come forward and the right one is going to get it and these cases will be solved. Money is good bait, but it won’t solve the case.”

Harris thanked Sheriff Mears for his work on the case since taking office. Harris is adamant that he will not give up.

Brent Cosby, Earl Cosby’s son, addressed the room on his father’s unsolved murder that occurred five years ago when Earl was shot and killed at his car business.

“We haven’t forgotten about it. We think about it all the time because it is an unsolved mystery,” Brent said.

Brent said he feels the same way that Harris does when it comes to bringing in outside help.

“I would like to see if we can sequester the County Commission to squeeze out money to hire a retired homicide investigator one day a month, one day a quarter, I don’t care. Something,” Brent said. “When does it end. What do I need to do on my part? I have called the Governor’s office, state representative telling them we need money in Crenshaw County, not just for our crimes, but other crimes as well,” Brent continued.

“My dad was 78 years old and never hurt a flea in his life. He would have given the shirt off his back and someone killed him. He was just an old man!” Brent said. “What if he was a 9-year old that got killed in a drive by down by Hardees? We would be all over the national media with it.”

“Terry (Mears) came in two years after this happened. It is not his battle, but it is his fight. I expect everybody to work on it,” Brent said.

There was a consensus in the room that a lot was not done correctly when the murder of Earl Cosby took place, hindering bring the murder to justice.

“Crenshaw can’t afford it, and doesn’t need an investigator with a skill set of homicide, we just don’t, but you got to know enough to call and get someone that has that skill set when needed,” Steve Phillips, Rutledge mayor, said.

Brent said he has been asked several times why he keeps trying so hard to solve a case that is over five years old. He has an answer for everyone.

“There is a murderer walking around Crenshaw County. I know I have passed by the person that killed my dad and he was looking at me the whole time, smiling,” Brent said.

Central Alabama CrimeStoppers received the Harris case two years ago and is now taking the Cosby case on as well.

Central Alabama CrimeStoppers is a non-profit organization that helps fill a gap between law enforcement and the community.

“We take calls, we take tips from the community and pass them along to law enforcement,” White said.

CrimeStoppers uses more than 220 media outlets that they use. They serve 23 counties and 65 law enforcement agencies.

“We first list it directly on our Facebook page which is right now at 31,000+ people. We send it out to the 220+ media outlets, talk radio, a little bit of everything. We have a pretty big footprint right now,” White said.

The Harris and Crosby families are grateful for the additional funds and resources that CrimeStoppers will be providing the both cases. Both families are hoping the added attention and funds will help to close the two cold cases.