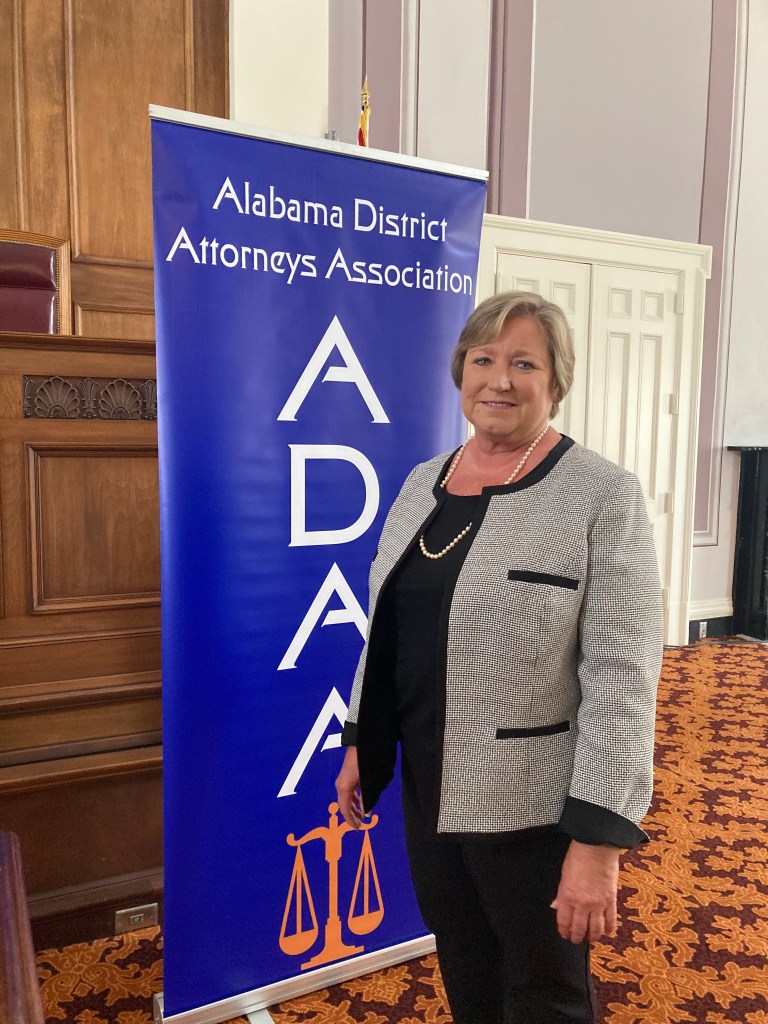 Charlotte M. Tesmer serves as District Attorney for the Second Judicial Circuit which is comprised of Butler, Crenshaw and Lowndes Counties.

Tesmer began her career in 1986 as an Assistant District Attorney for Butler, Crenshaw and Lowndes and served in that capacity for fourteen and a half years. She then entered private practice, opening an office in Greenville.

During her ten years in private practice, she continued to represent and serve the residents of the circuit. In March, 2012, she was appointed by Governor Robert Bently to serve as District Attorney upon the retirement of John Andrews.

In 2016, Temer was elected to the current term she now serves. She will be qualifying for reelection next year.