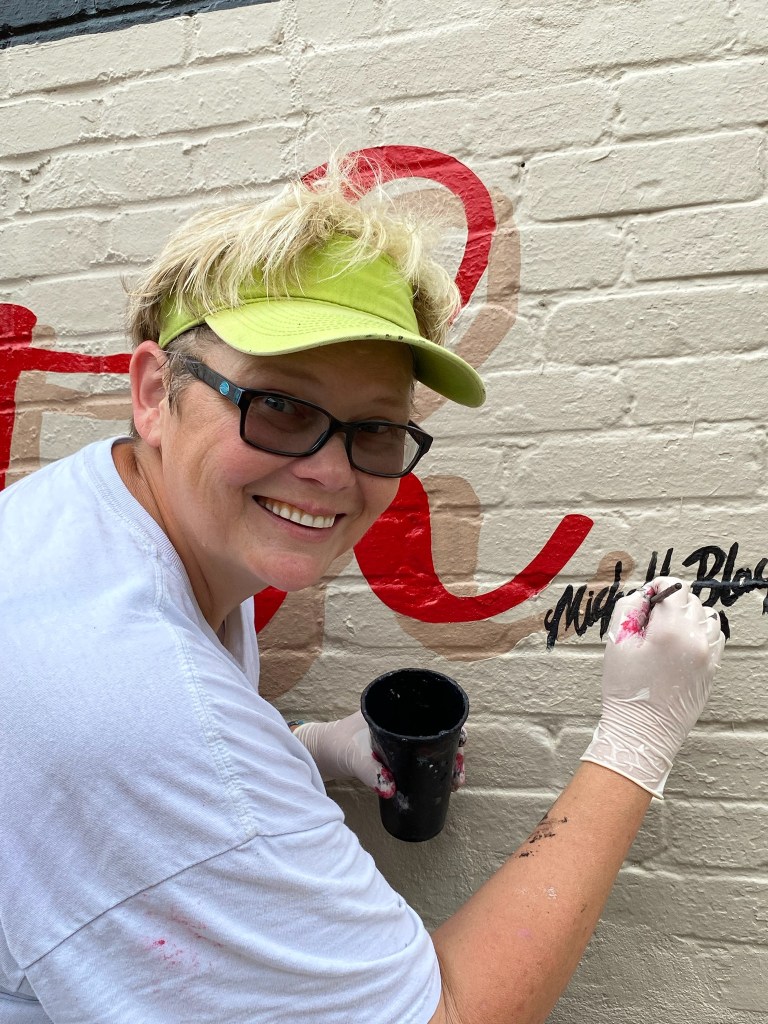 The talk of the town the last several weeks has been the huge Luverne mural slowly coming to life layer by layer.

A Color Affair artist, Michelle Black, has worked tirelessly in the heat, dodging rain storms, to create an amazing depiction of past and present icons of the town. Every aspect of the mural was painstakingly thought over before being added to the mural.

“The mural is intended to showcase the pride in the community using art,” Black said. “Bringing the past into the present, to take us to the future.”

The Luverne schools are represented with a large tiger for LHS and a cougar for CCA. The mascots were placed low on the mural to allow for photographs and selfies to be made next to the animals. 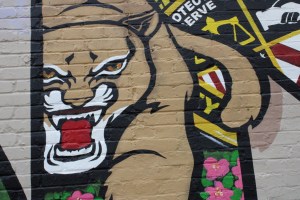 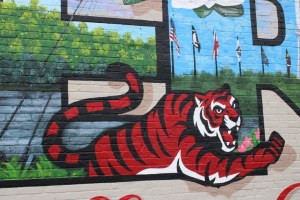 What may be considered the main focal point of the mural is a large fellow stirring a huge pot of boiled peanuts. Aubrey Alford, who is no longer with us, was the co-founder of the World’s Largest Peanut Boil and is Pat Floyd’s father. 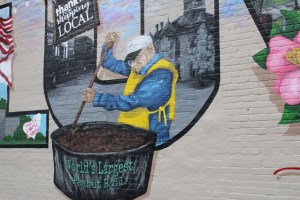 The lights in the mural reflect the lights strung over downtown Luverne. The trees depicted are the Alabama State tree, pine. 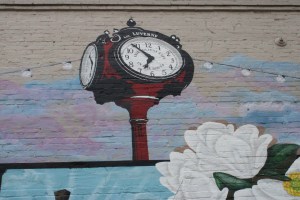 Each letter of the mural represents a part of Luverne, Ala. past and present.

The letter L show the Crenshaw County Courthouse which is the county seat.

U depicts Main Street in a 1930s era and includes a replica of the old courthouse. 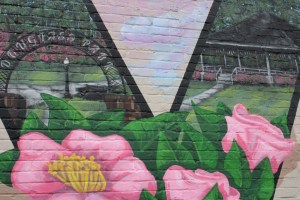 The letter E represents the religious aspect of the town and county with a cross standing high on a grassy field. The county lake is also depicted here with fishing poles standing at the water’s edge.

R showcases the old water tower located just off main street as well as the veteran’s memorial monument. The seven flags for each branch are shown in reverence for every veteran and every family who have lost a life keeping our nation safe and free. 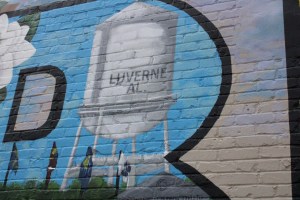 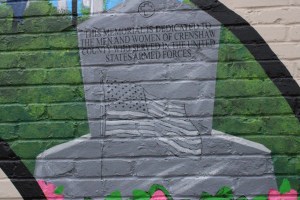 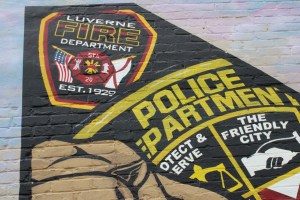 The last letter E depicts the old train depot. A BAMA Beltie cow, Rosie, is tucked between the letters representing BAMA Belties Farm. The red caboose and large farm gate located at the farm are also shown in the letter.

“BAMA Belties Farm donated this positive Luverne mural for all the citizens to enjoy, as well as those traveling through our beautiful city,” Pat Floyd, owner of BAMA Belties said.

“I would like to extend appreciation to Tara and Andy Phelps and the Ralph and Laudicina families for furnishing the space on their special building to make this mural happen,” Floyd said.

“Also, a very special appreciation to the exceptionally outstanding mural artist, Michelle Black, for using her talents to make us proud.”

The city of Luverne helped showcase the mural by cleaning up the sidewalk and area once the artwork was complete. 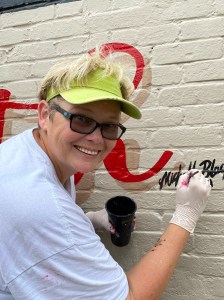