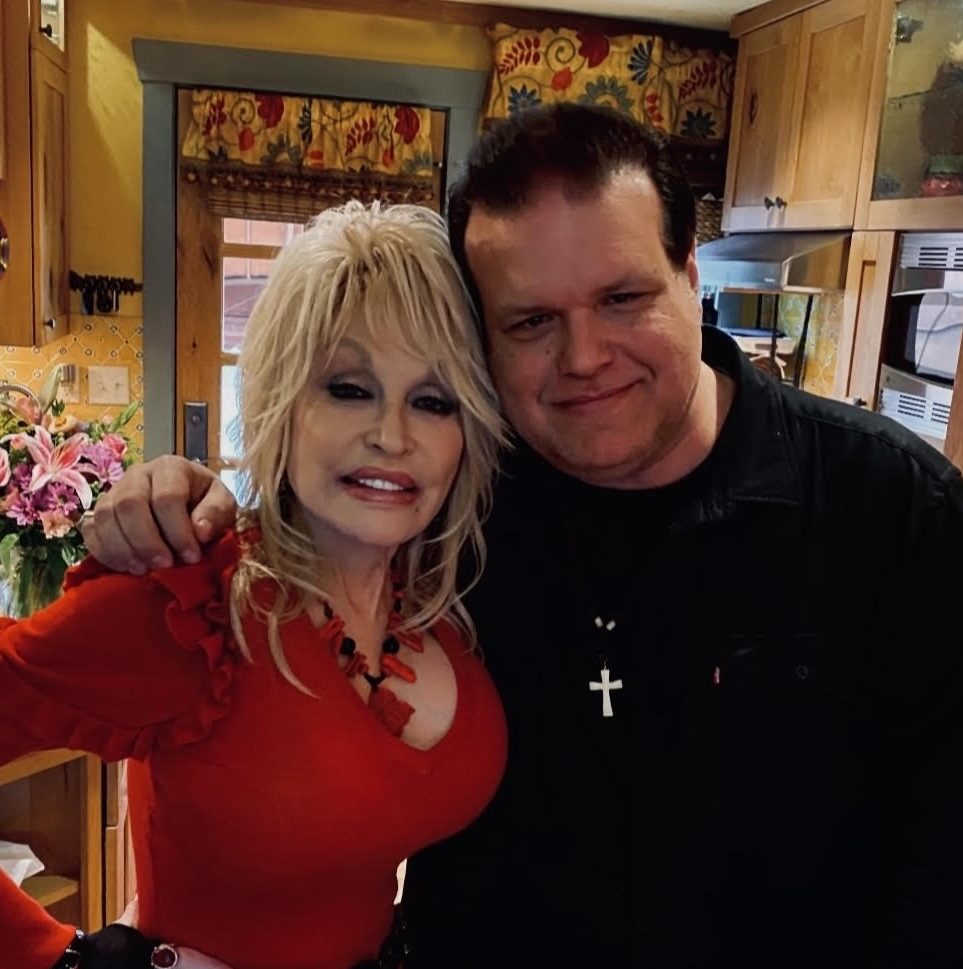 “The song was the easiest song that I’ve ever written,” Grammy/CMA award nominee Tomberlin said about his new single.

Tomberlin reflected on his years in the music industry and all the amazing legends he met during his extraordinary career.

“I sang with Loretta Lynn on a Fourth of July show. She asked me to sing one of the old Conway/Loretta duets with her and I just couldn’t believe it. I went to see her and Conway in Montgomery when I was a kid and here I am singing with her,” Tomberlin said.

“The morning after the show, I started thinking about other cool things that I’ve been blessed to do in this business like writing songs with Opry legend, Bill Anderson. I was his sound engineer for four years before I started getting a lot of songs recorded and through working with him, I got to meet so many of my heroes and became friends with them.”

Tomberlin said Little Jimmy Dickens was like a grandad to him and he would drive him to the Opry when Dickens was no longer able to drive.

He gives credit to Mel Tillis for giving him his break in Nashville. “You never knew who was going to show up at his office,” Tomberlin said with a laugh.

“I’ve been blessed to be on the Opry stage several times. I’ve shared the stage with artists like Vince Gill, Faith Hill, Bobby Bare and Mac Davis. I got to shake hands with Johnny Cash and Merle Haggard.”

Tomberlin recalls hanging out at George Jones house in the 90’s. He even had Mike McGuire of Shenandoah as is roommate at one time.

“I would take Eddy Arnold tomatoes from my Dads garden. I was in a movie with Kris Kristofferson. Hank Jr. is a great friend.”

“The first concert that I ever attended was Hank Jr. in Mt. Olive, Alabama and all these years later, we’re going out to eat at these great little restaurants in the middle of nowhere in West Tennessee and he educates me on antique guns and Civil War history. He’s just a great guy. I played with Hank’s son Sam Williams on his Opry debut and went with him the first time that he saw the graves of his grandparents, Hank and Audrey,” Tomberlin recalls.

Tomberlin said the friendships he has made in his career in country music have all came naturally. “Bart Herbison of the Nashville Songwriting Association says I love the music so much and it loves me back. That’s what this song is about. It’s wow!  It’s not bragging; It’s honoring musical heroes. It’s humbleness and saying I can’t believe that I dreamed about this for years, and now, I’ve lived and still am living country music. God has been so good to me,” Tomberlin said.

The new song was recorded at Wishbone Studios in Muscle Shoals, Ala. The same studio Hank Jr. recorded “Family Tradition.”

A video will be released the same day as the song featuring pictures of Luverne and a few Luverne natives including Waller Martin, Lisa Rolling, Joey Johnson, Jim Free, and other bandmates from the Luverne FFA String Band, the late Mr. Windham Pittman, who was Tomberlin’s FFA advisor, Tomberlin’s Uncle Robert, friends Bobby and Mary Morgan, Tomberlin’s parents. A few of Tomberlin’s legendary country music friends will also be featured in the video.

Tomberlin’s new single will not be the only release coming out August 6. Barbra Steisand will also be releasing a new album featuring a duet with Willie Nelson. The song, “I’d Want it to be With You,” was co-written by Tomberlin, Steve Dorff, and Jay Landers.

“One More Day,” recorded by Diamond Rio and written by Tomberlin, recently celebrated with a five million performance award, meaning the song has been played on the radio over five million times.

Tomberlin is hoping to bring his Bobby and Friends Show back to Luverne in the future. The last show, Hank Jr’s son, Sam Williams performed. Charity Bowden was the opening act.

Williams has now signed a major recording contract with Universal Records. Bowden has since joined the Sweet Tea Trio, managed by Kid Rock.

Tomberlin has been with CURB Records as a staff songwriter for 26 years.

“I love Luverne so much and talk about my hometown in every interview that I do and on every show that I do,” Tomberlin said.

Tomberlin is the son of Hurbert and Betty Tomberlin of Luverne.

The song will be available on iTunes and other musical outlets August 6.