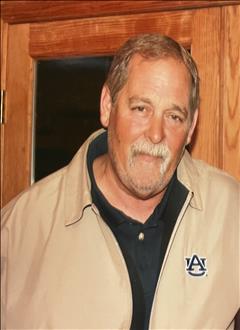 Mr. Elliott was a proud member of the Luverne High School Class of 1965, where he was an All-State football player who also lettered for 3 years in football, basketball, and baseball. He later earned his Bachelor’s degree in Business Administration from Livingston University in 1970. While he was there, he was a member of Tau Kappa Epsilon fraternity where he was their pledge trainer. He worked in several different industries over the years before finally retiring from CECO Construction Company. He was also a member of the Rutledge United Methodist Church, and served with the Alabama Air Guard.

In his free time, Mr. Elliott enjoyed a range of activities from fishing to drag racing, but his absolute favorite over the years was golfing. He was also a talented guitar player, preferring the classic rock sounds of The Eagles and Jimmy Buffet. On Saturdays in the fall, he could always be found cheering on his favorite college football team, the Auburn Tigers. Ultimately, Mr. Elliott was a dedicated husband, father, and grandfather. He loved spending time with his family, especially teaching his grandsons how to play golf. They will all cherish the memories they made with him over the years.